Skip to content
Please participate in our survey and help us improve the Audi MediaCenter. Thank you!
Go to survey
03/03/22
Ingolstadt
Models

Discover the power of imagination with Audi and Andrés Reisinger. #AudiAndresReisinger #DesignMiami *The vehicle shown is a concept vehicle that is not available as a production vehicle
11/24/22 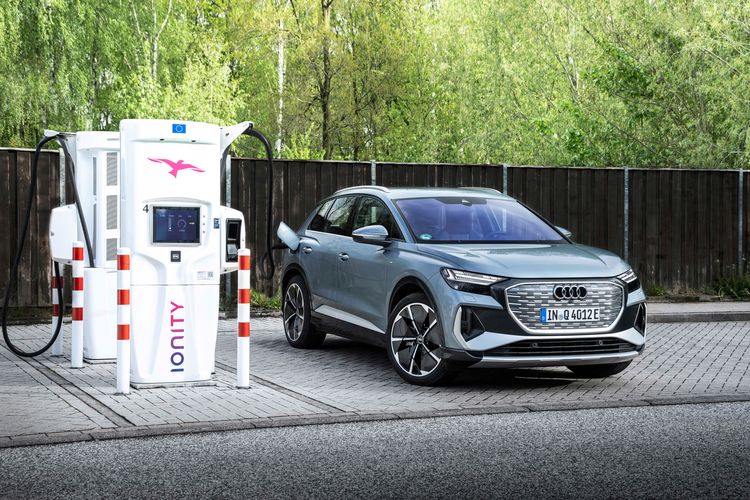 These improvements rely on optimized software for the battery’s thermal management and control systems. All models retain local C02-free driving, long-distance ranges, and convenient charging at some 320,000 charging points in 26 European countries with the optional e-tron Charging Service.

Thanks to the integration of Amazon’s virtual assistant Alexa, Audi connect now lets drivers manage their calendar or shopping list by voice as well as control compatible smart home devices from their car**. Individual user profiles in the car, last-mile navigation options, and expanded app functions on the car status and parked position round out the connect portfolio.

With Audi connect Emergency call & Service, the vehicle can make an automatic emergency call in the respective national language to help route emergency responders to the right location. Quick and competent roadside assistance can be manually called by pressing the service call button in the roof module. A separate mobile phone module, independent from the customer telephone service, handles the data and audio connection with a permanently integrated SIM card mounted at a crash-proof location in the car.

The infotainment offering is complemented by the largest-ever display to be used in an Audi car. The optional MMI touch display featuring an 11.6-in screen with a resolution of 1,764 x 824 pixels comes standard with the MMI pro and MMI plus packages.

The free myAudi app also offers new features. Preplanned routes can now be conveniently sent to the car right from the app. The e-tron route planner automatically plans charging stops based on the current traffic situation, taking into account the driver’s individual consumption profile. The app can also be used to set a charging target, and the driver is notified via a push notification on their smartphone when the desired charge level is reached.

The Black Optics Plus Package offers a unique means to further accent and customize the dynamic appearance of the Audi Q4 e-tron. Black accents in the Singleframe area as well as the black Audi rings and grille frame highlight the front end. The front and rear bumpers are also accented in black, as is the trim on the side windows. In addition, all Q4 e-tron models now come in black (previously only edition one).