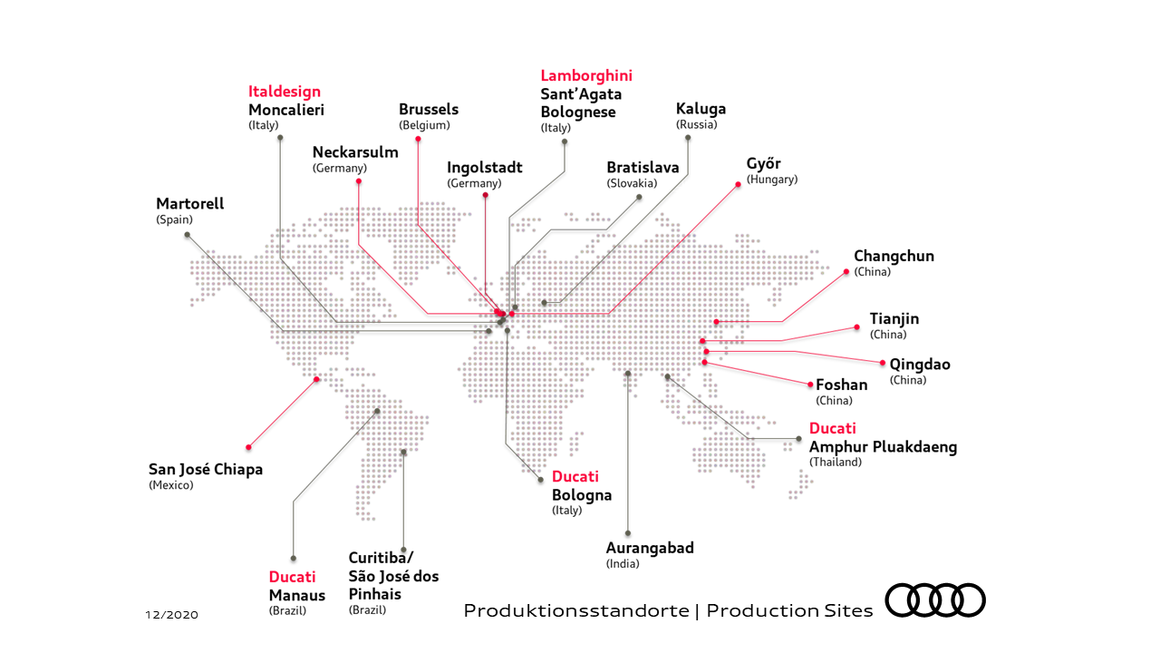 Audi builds cars at sites all over the world. In addition to the two German Audi plants in Ingolstadt and Neckarsulm, it has production facilities in Győr (Hungary), Brussels (Belgium), Martorell (Spain), Bratislava (Slovakia), Kaluga (Russia), Curitiba (Brazil), Aurangabad (India), and Changchun and Foshan (China). On September 30, 2016, the company inaugurated the twelfth plant in the Audi production network in the Mexican city of San José Chiapa. A complete automobile plant with press shop, body shop, paint shop and assembly shop was erected in the record time of just 3.5 years. Audi produces the Audi Q5 premium SUV at the 400-hectare (988.4 acres) site. The Audi Group also includes the Lamborghini site in Sant’Agata Bolgnese (Italy) and the three Ducati motorcycle plants in Bologna (Italy), Amphur Pluakdaeng (Thailand) and Manaus (Brazil). At all sites, production takes place with uniform, maximum quality standards worldwide, as required by to the Audi Production System and according to the principle: “made by Audi.”

Basic information on our sites