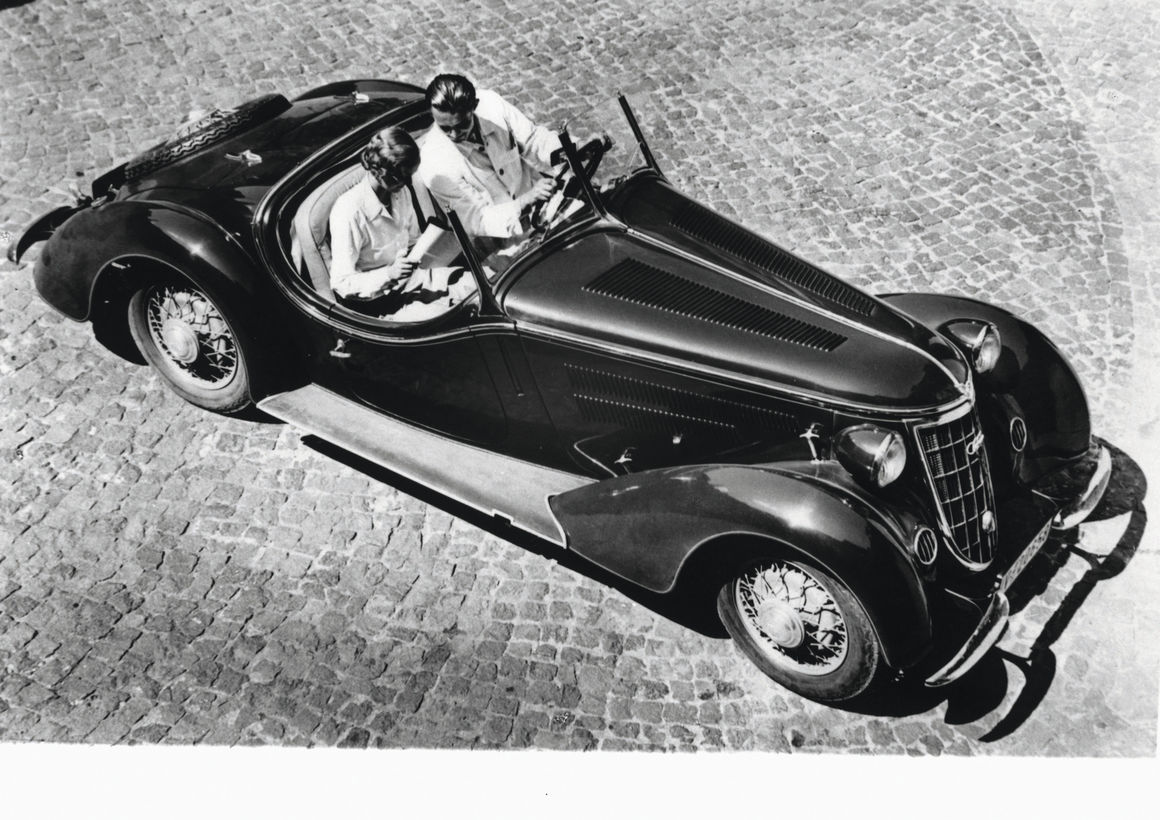 In 1885, the two mechanics Johann Baptist Winklhofer and Richard Adolf Jaenicke opened a repair business for bicycles in Chemnitz. Shortly afterwards they began to make bicycles of their own, since demand at that time was very high. These were sold under the brand name Wanderer, and in 1896 the company itself began to trade as Wanderer Fahrradwerke AG. Wanderer built its first motorcycle in 1902. The idea of branching out into motor car production was finally put into practice in 1913. A small two-seater that people nicknamed "Puppchen" (loosely translated as “Baby Doll”) heralded in Wanderer's tradition of motor car production that was to last several decades.