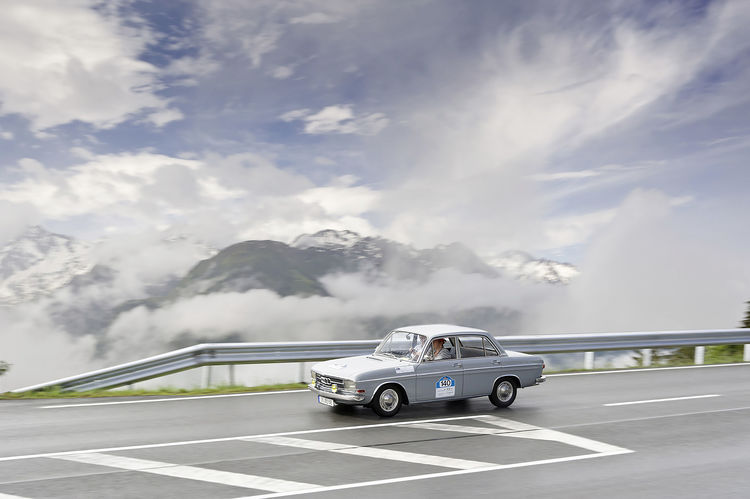 Audi Tradition will be present at more than 20 national and international events and will be celebrating numerous anniversaries this year. 50 years have passed since the Audi was reborn. In 1965, the company with the four rings, then still under the name of Auto Union GmbH, ended its era of two-stroke engines by bringing out a new model with a four-cylinder, four-stroke engine, which it called the Audi. Several of these first Audis after the Second World War will be making their way to the Danube Classic, being held around Ingolstadt.

The annual program kicks off with the Techno Classica vintage car show in Essen (April 15 to 19). The motto of the Audi stand in Hall 7 will be “The open top – 80 years of Cabrios and Roadsters.” Here, Audi will be displaying icons from the 1930s – from the Audi Front 225 to the DKW F5 Roadster to the Wanderer W 25 K. Furthermore, enthusiasts will also be able to see the Auto Union 1000 Sp Roadster from the 1960s and an Audi TT of the first generation. 180,000 visitors are expected at the world’s largest classic car show in Essen.

Historic Auto Union Silver Arrows from the 1930s will be on the starting line at a total of three events this year. The 1939 Type D Double Compressor will be unleashing its 360 hp at the Hamburg Stadtpark Revival (September 5 and 6). The 1936 Type C will be sparking its 16 cylinders twice – both at the Classic Days show at Dyck Castle (July 31 to August 2) and at the Goodwood Festival of Speed, the world’s largest historic motor sports event. This will be held from June 25 to 28. Audi Tradition is not only sending the most powerful of its Silver Arrows onto the track; it will also be using this backdrop steeped in tradition to celebrate its first victory in the German Touring Car Championship (DTM) in 1990. The driver then was motor sports legend Hans-Joachim Stuck, who will be back behind the wheel of the original car – an Audi V8 DTM – at Goodwood. Audi Tradition will also be entering a motorbike in the race. The 1955 NSU Sportmax will be ridden by two-time motorcycle world championship runner-up Ralph Waldmann.

Classics in the program of events are the Danube Classic (June 18 to 20) around the Audi location of Ingolstadt and the Heidelberg Historic show (July 9 to 11) near Neckarsulm.

Audi Tradition will be celebrating a very special anniversary at the Danube Classic this year. Exactly 50 years ago, Auto Union GmbH brought the era of two-stroke engines in its DKW products to a close. The new automobile, equipped for the first time since the Second World War with a four-stroke engine, was given a new designation which deliberately broke with the history of the DKW brand. The company chose the name “Audi” – the name of one of the four predecessor brands which the four rings once symbolized. This Audi, which was available with different engine versions, is still seen today as the starting shot for the reincarnation of the four rings in the second half of the 1960s. Three of these automobiles will be at the Danube Classic rally to mark the 50th anniversary.

For the third time, Audi Tradition will be taking part in the Eifel Rallye Festival (July 23 to 25) in Daun. There, the two-times German rally champion Harald Demuth will be behind the wheel of a 1984 Audi Sport quattro Rallye. The historic department of AUDI AG is a regular guest at the final event of the season, the Gran Premio Nuvolari in Italy (September 18 to 20). Automobiles from the time of the German economic miracle will be driven from Mantua all across Tuscany.

The brand with the four rings will also be flying the flag at the Bodensee Klassik (May 7 to 9), the Sachsen Classic (August 13 to 15), the Kitzbuehel Alpine Rally (May 27 to 30) and the Schloss Bensberg Classic (July 17 to 19) – a special highlight. The season finale will be the two model car exhibitions at the Audi Forums in Neckarsulm (November 8) and Ingolstadt (December 13).