Links
{{ activeItem() }}
Twitter
02/27/20
As "Vorsprung durch Technik" is also valid on the lawn, we congratulate our partner @FCBayern Munich on 120 years o… https://t.co/0CvP0LPexA
02/27/20
1980 was the year of the #Audi #quattro: The sporty coupé was a real sensation at the #GimsSwiss. It was the first… https://t.co/Ax1puqJzU1
02/27/20
Sporty, elegant #design and enhanced efficiency – the star of our #electric family: the #Audi #etron Sportback. Do… https://t.co/zLHwGW39OR
02/26/20
Fully #electric and breathtaking from all angles – the #Audi #etron. #ChargingBerlinale #AudiBerlinale https://t.co/bsKopukxcX
Audi on Twitter 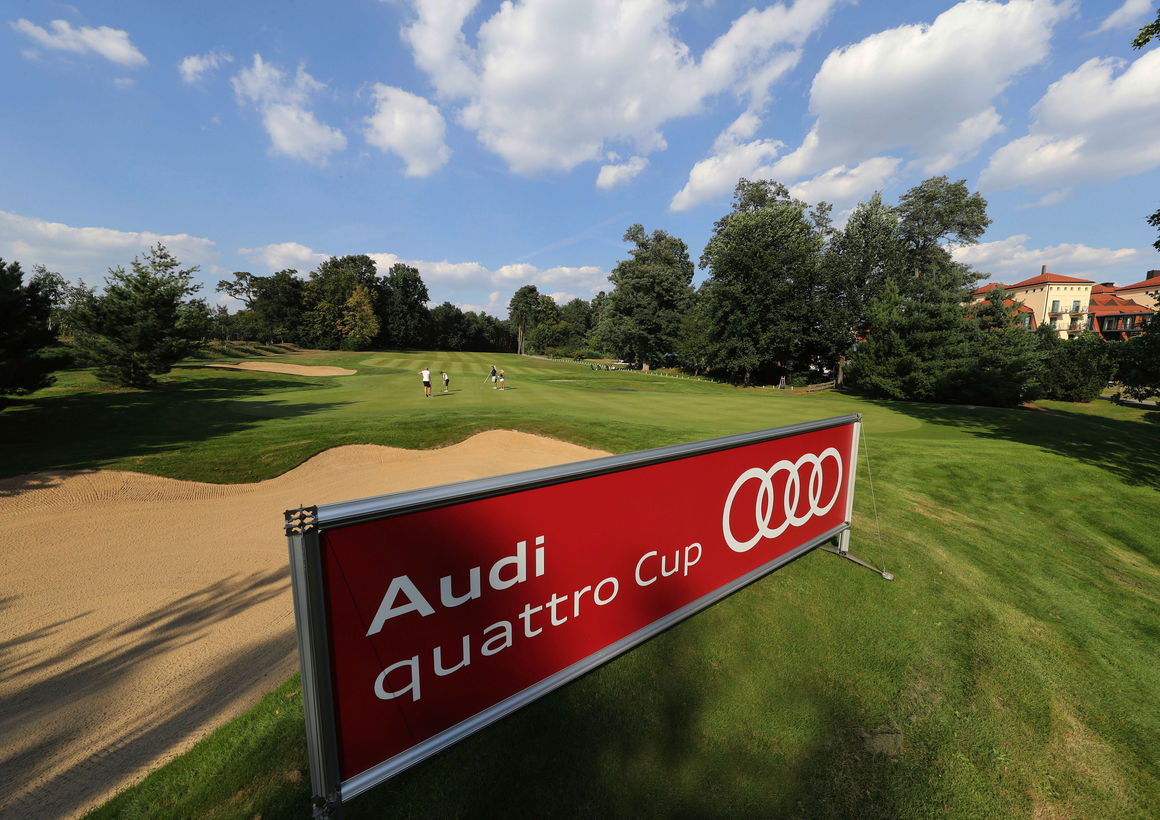 Audi has been successfully involved in golf for more than two decades. Technology, design and sportiness are values that characterize every Audi and which also contribute to the special fascination exuded by golf. The commitment is centered on the Audi quattro Cup as the most popular tournament series for amateur golfers.

At the invitation of regional Audi partners, qualification tournaments are held during the course of a year. The winners qualify for the respective country finale, followed by the best country teams meeting with their international competitors. In 2017, nearly 100,000 participants from 47 nations in over 700 tournaments played to enter the world finale held at Quivira Golf Club in Cabo San Luca, Mexico. In total, more than 1.1 million amateur golfers have participated in the series since its launch in 1991.

At the beginning of the 2016 season, Audi assumed the role of Presenting Sponsor at the KRAMSKI Deutsche Golf Liga (DGL). Audi provides the victorious golf clubs with an Audi Q7 for one year.