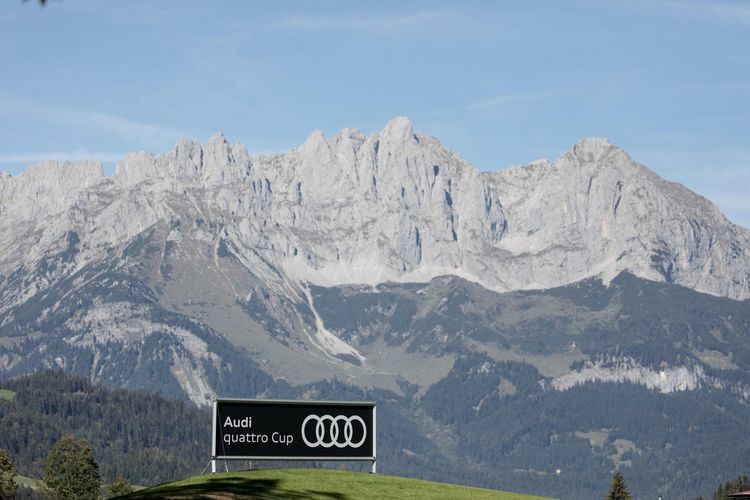 Ingolstadt / Kitzbühel, 26 September 2019 – The Audi quattro Cup is the world’s largest amateur golf tournament series. In the World Final, which took place from 22 to 26 September at Schwarzsee-Reith Golf Club in Kitzbühel, Austria, the pairs Jorge Olmos/Jose Olmos from Spain and Taschl/Otti from Austria emerged victorious from the field of 80,000 participants drawn from 35 nations.

After an exciting finish in the Austrian Alps, we can reveal the winners of the 29th Audi quattro Cup. Perez Jorge Olmos and Sanjuan Jose Olmos from Team Spain (Group A) and Peter Taschl and Peter Otti from Team Austria II (Group B) were the net winners in the world final at the largest international amateur golf tournament series. The players delivered exciting head-to-heads on the Alpine course in Kitzbühel over two rounds scored according to the Stableford system.

Hildegard Wortmann, Board Member responsible for Sales and Marketing at AUDI AG: “Both golf and Audi transcend technology, delivering the perfect interplay of precision and performance, passion and team spirit. During our two decades of involvement in the Audi quattro Cup international team tournament, we have combined enthusiasm for the sport of golf with the showcasing of our Audi model.”

The players were not the only ones to enjoy the occasion – the Audi Cup also offered a varied programme of events for the attending guests – from the Alpine e-tron experience to a visit to the golf clinic through to the trick shot demo from world trick shot champions Geoff Swain and Kevin Carpenter. On board from the start again this year was the sports equipment manufacturer TaylorMade – a partner of the Audi quattro Cup since 2010 – as were Andy Proudman and Piers Ward from Me and My Golf. A special guest at this year’s Audi quattro Cup world final was the European Tour golfer Carly Booth.

The Audi quattro Cup has been an annual event since 1991 and has grown into the largest amateur golf tournament series in the world and a yardstick for amateurs in the sport. Over 1.3 million amateur golfers have taken part in the tournament series since its inception. This year, just under 80,000 golf enthusiasts from 35 countries competed as pairs in 654 qualification tournaments around the world. All of the victorious teams in the national tournaments teed off in their national finals for an opportunity to win one of the coveted starting positions in the World Final in Kitzbühel.

The Audi Group, with its brands Audi, Ducati and Lamborghini, is one of the most successful manufacturers of automobiles and motorcycles in the premium segment. It is present in more than 100 markets worldwide and produces at 16 locations in twelve countries. 100 percent subsidiaries of AUDI AG include Audi Sport GmbH (Neckarsulm), Automobili Lamborghini S.p.A. (Sant’Agata Bolognese, Italy) and Ducati Motor Holding S.p.A. (Bologna, Italy).

In 2017, the Audi Group delivered to customers about 1.878 million automobiles of the Audi brand, 3,815 sports cars of the Lamborghini brand and 55,900 motorcycles of the Ducati brand. In the 2017 fiscal year, AUDI AG achieved total revenue of €60.1 billion and an operating profit of €5.1 billion. At present, approximately 90,000 people work for the company all over the world, more than 60,000 of them in Germany. Audi focuses on sustainable products and technologies for the future of mobility.