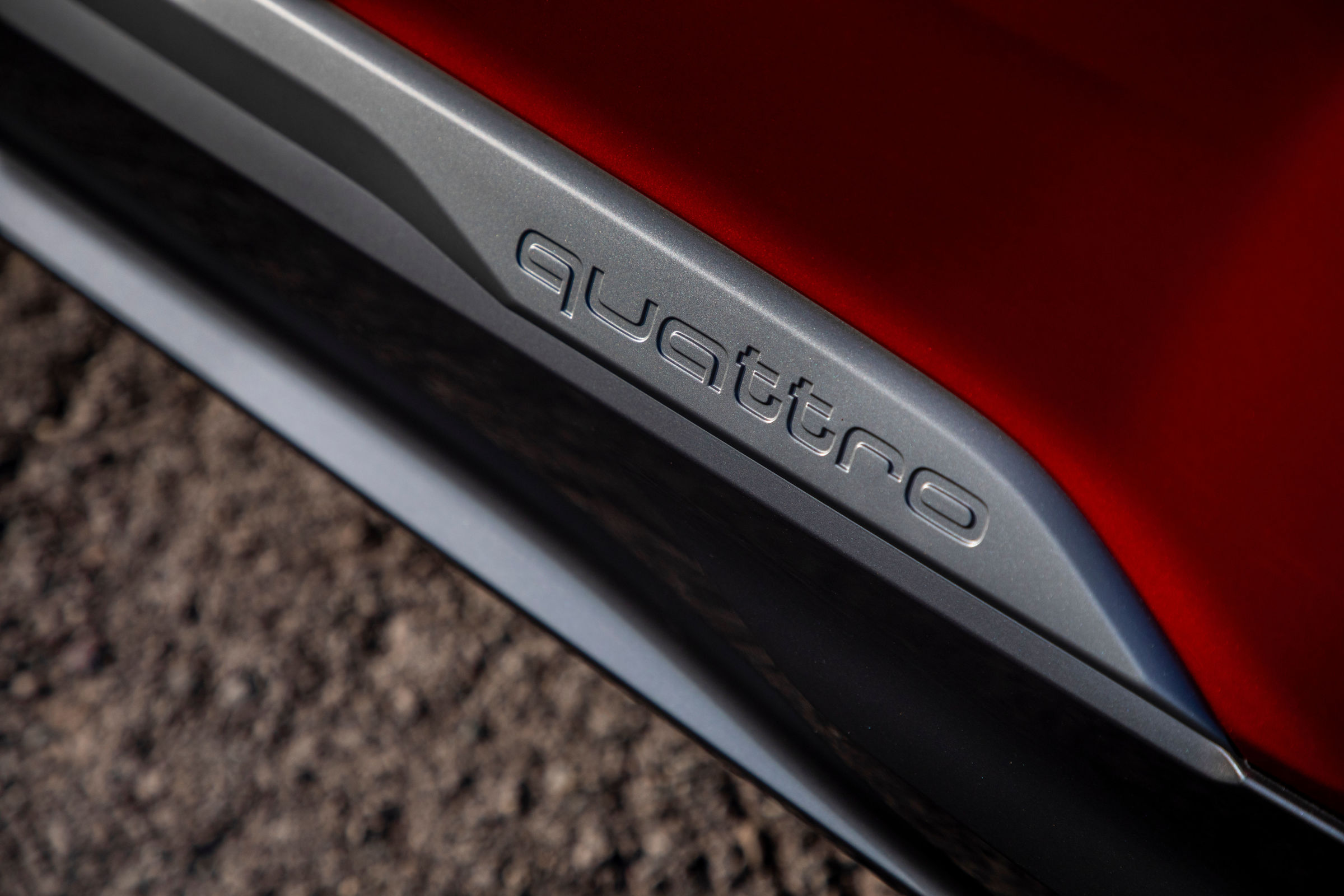 Audi is introducing the new Q7 to the European market with three engines: two TDIs and one TFSI. Both the TDIs and the TFSI are V6 engines with 3.0 liters of displacement and turbocharging. All engines impress with their strong performance and low consumption. They are certified according to the Euro 6d-TEMP standard. The SCR tank of the diesel models holds 24 liters (6.3 US gal). A plug-in hybrid, which is combined with a V6 TFSI, will complete the product line a few months after the market launch.

The 3.0 TDI is a high-tech engine. Its crankcase and the cylinder heads have separate coolant circuits that allow the temperature to be adjusted to the ideal level in each situation. The piston rings and pins are designed for minimum friction; the oil pump is fully variable. Switchable hydraulic engine mounts connect the 3.0 TDI to the subframe of the front axle. At idle, they eliminate the engine vibrations with soft characteristic curves; while driving, the mounts use higher damping to suppress them.

The three-liter V6 spark-ignition engine with its aluminum crankcase weighs just over 170 kilograms (374.8 lb). Its exhaust end lies inside the 90° V, the short gas paths and the twin scroll turbocharger, which prevents unfavorable interactions between the gas columns, guarantee spontaneous throttle response.

Audi developed what is known as the B-cycle combustion process specially for the partial-load range. It increases the efficiency of the 3.0 TFSI by means of special valve timing. To support it, the Audi valvelift systemadjusts the intake valves in two stages based on load and engine speed. In the 3.0 TFSI, the coolant also circulates in separate circuits for the crankcase and the cylinder head. The exhaust manifolds are integrated into the cylinder heads; this helps the engine heat up quickly after a cold start.

All engines in the new Audi Q7 are extremely efficient. This strength largely comes down to the standard mild-hybrid technology. In everyday operation, this technology can reduce consumption by up to 0.7 liters per 100 kilometers. Its central component is a belt alternator starter that is connected to the crankshaft and supplies a 48-volt main electrical system with energy. A compact lithium-ion battery that is mounted beneath the luggage compartment floor stores the power. During deceleration, the BAS can recover up to 8 kW of energy.

If the driver takes their foot off the accelerator at speeds between 55 and 160 km/h (34.2 and 99.4 mph), the Audi Q7 recuperates energy, rolls in idle, or coasts for up to 40 seconds with the engine switched off. The engine management decides which of these three functions to activate depending on the current driving situation, the setting in the transmission program, and the mode in Audi drive select. As soon as the driver accelerates, the BAS restarts the engine more quickly and smoothly than a conventional pinion starter. The start-stop range begins at 22 km/h (13.7 mph). The engine starts from a standstill as soon as the vehicle in front of the Q7 starts moving, even if the brake pedal is still depressed.

Extremely smooth and lightning-fast: the transmission

All engines in the Audi Q7 work in conjunction with an eight-speed tiptronic as standard. It integrates a torsional damper with a centrifugal force pendulum that largely compensates unwanted vibrations of the engine. In doing so, it enables fuel-efficient driving even at very low speeds. When coasting and rolling in idle, a clutch in the central transmission opens and interrupts the power connection. An electric oil pump makes it possible to engage the gear that will be needed after the rolling phase.

The permanent all-wheel drive is installed as standard in every Q7. The self-locking, purely mechanical center differential – the heart of the quattro drive system – is integrated in the housing of the torque converter automatic transmission. Normally it distributes the torque between the front and rear wheels at a ratio of 40:60. If one wheel slips, most of the drive torque goes immediately to the axle with the better traction. Up to 70 percent can flow to the front wheels and up to 85 percent to the rear wheels. During sporty driving, wheel-selective torque control, an intelligent software function of the Electronic Stabilization Control, perfects the handling: It minimally brakes the wheels on the inside of the curve, thus routing the drive torque to the wheels on the outside of the curve with the higher wheel load. The difference in propulsive forces turns the car into the bend, allowing the car to follow the steering angle precisely and making the handling characteristics even more precise and agile.