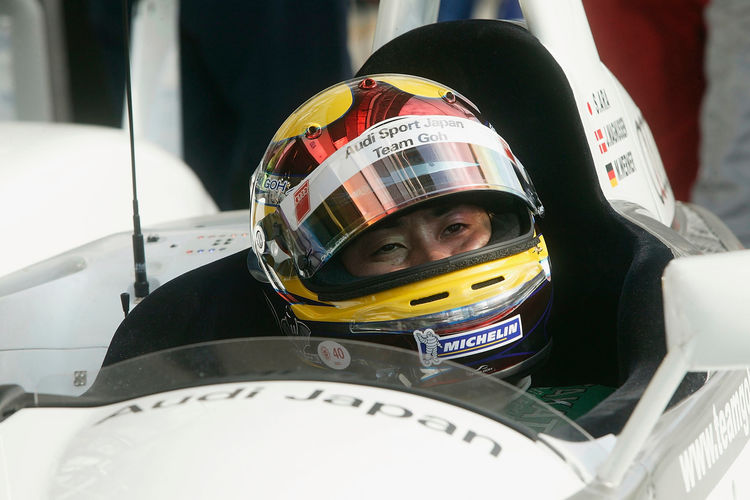 The Audi R8, the most successful racing sportscar of the modern era, will also be the car to beat during the 1000-kilometre race at Le Mans on 9 November 2003. Following their convincing victory in the 1000-kilometre race at Spa-Francorchamps in August, Japan’s Seiji Ara and the Dane Tom Kristensen will again pair up in France, driving Japanese Team Goh’s 550 hp Audi R8.

The 1000-kilometre race at Le Mans will be held for the first time this year. It serves as both a pre-qualifying race for the 2004 Le Mans 24 Hours, and the pilot event for the new “Le Mans Endurance Series” (LMES), which has been established by the Automobile Club de l’Ouest (ACO) to revive the classic 1000-kilometre races of the 1970s and 80s. Races at Monza (Italy), Silverstone (Great Britain), Spa-Francorchamps (Belgium) and the Nürburgring (Germany) are planned for the 2004 season.

A maximum of 50 prototype and GT sportscars will participate in the Le Mans 1000-kilometre race. The event will be held on the 4.180 kilometre long “Circuit Bugatti” version of the track.

“Having won Spa with Tom (Kristensen), I now also want to get on the podium at Le Mans,” explained Seiji Ara, who has already competed twice for Audi Sport Japan Team Goh at the 24 Hours of Le Mans and narrowly missed a podium this year finishing fourth. Tom Kristensen aims to add a further Le Mans win to his five victories in the French 24-hour classic. “It was fantastic working together with Team Goh at Spa,” said the Dane. “The team works very professionally. I also feel as if I have stepped back in time to my seasons in Japan, of which I have very good memories. I am looking forward to competing in another race with Team Goh and the Audi R8. Overall victory is obviously our goal.”

Even before the end of the season, the Audi R8 is the most successful racing sportscar of 2003: The Audi customer teams Joest and Champion won seven of the eight races of the American Le Mans Series (ALMS) which have been run so far, making sure that Audi clinched the ALMS manufacturers´ championship for the fourth time in succession. Customer teams Champion and Goh occupied third and fourth places respectively behind the two Bentley factory cars at the 24 Hours of Le Mans this year. The Audi works team had won the 24 Hours of Le Mans three times in a row in 2000, 2001 and 2002 with the R8. The famous Le Mans trophy has been on display since then at the Audi museum mobile at Ingolstadt.