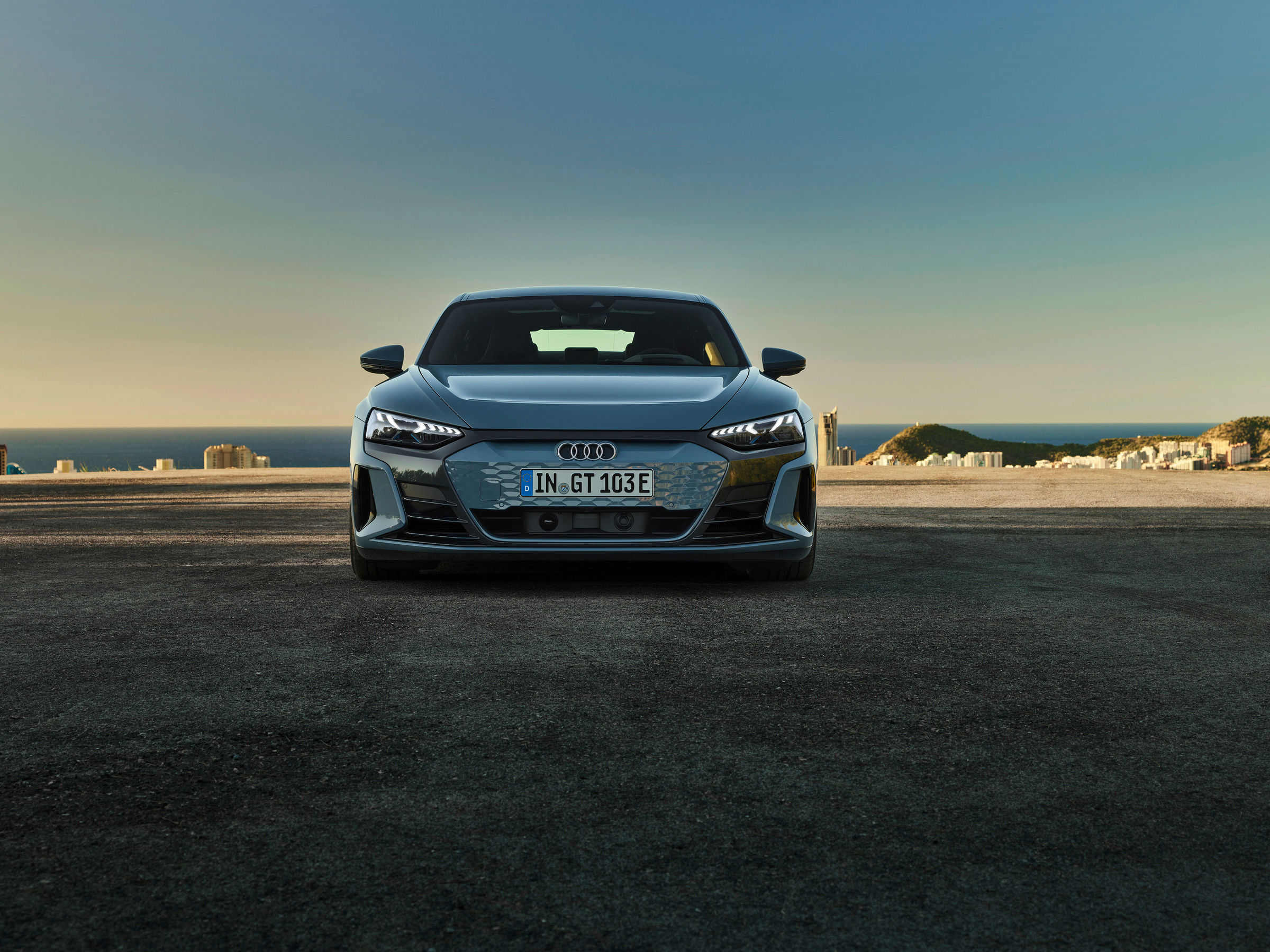 The headlights and rear lights are characteristic elements of the exterior design of the e-tron GT quattro. This is where the character of the electrically powered gran turismo is focused. They are three-dimensional sculptures with a dynamic character and digital aesthetics. The wedge-shaped headlights in the e-tron GT are available in three versions. Audi supplies them in LED technology with dynamic turn signals as standard. The matrix LED headlights are also available as an alternative; these come as standard with the RS e-tron GT. Their continuous high beams can shine with maximum brightness without blinding other road users.

Topping the range are the matrix LED headlights with Audi laser light. In the center of the headlights, between the low beam and high beam modules, there is a laser spot that is activated from a speed of 70 km/h (43.5 mph) and doubles the range of the high beam. It is framed by an X-shaped trim with expressive design that is a small work of art in itself. Its lower section consists of free-standing elements with edges illuminated in blue. The central wings of the daytime running light signature forms the upper part of the “X.” The daytime running light signature itself has a dual function as a turn signal and consists of a row of sharp angles that give it a digital look.

A sculpted light strip spans the entire width of the rear end of the e-tron GT. It transitions dynamically into arrow segments that increase in size toward the outside, thereby creating an unmistakable, lean tail light signature. Independently of the headlight configuration, the rear lights are fitted entirely with LEDs and dynamic turn signals that spreads out flat under the tail light signature. The brake light is located below, in a low and dark area.

The top-of-the-line headlights offer another characteristic feature: coming home and leaving home animations at the front and rear. The leaving home sequence, which is activated when the doors are unlocked, is inspired by the power of a sound wave: The illumination of the individual elements builds up quickly and strongly, then retreats briefly before going all in the second time. With the RS model, the animations are even more dynamic.