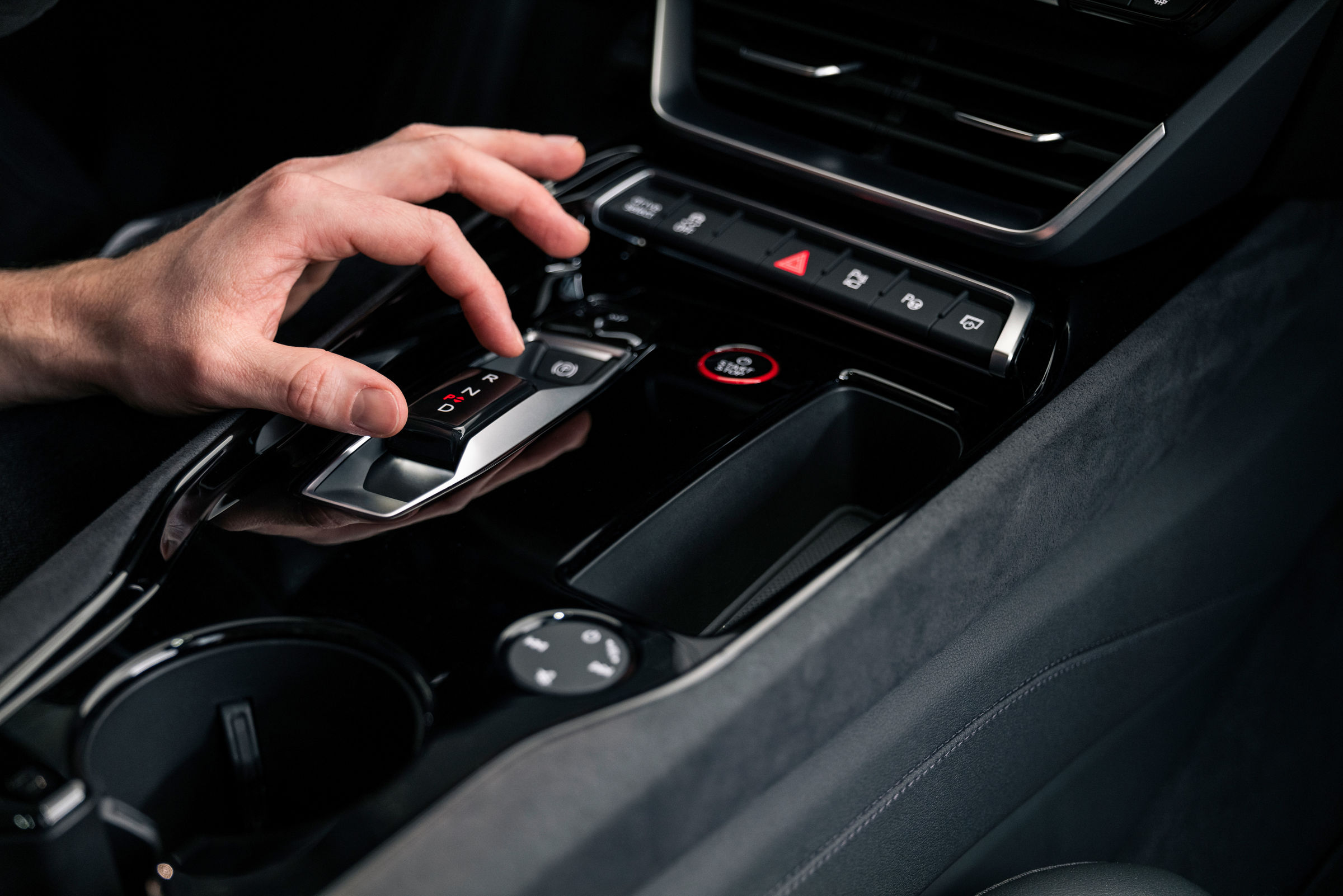 In terms of controls and displays, the e-tron GT quattro and the RS e-tron GT follow the current Audi concept: All information appears on large displays. The driver operates the free-standing Audi virtual cockpit plus via the multifunction buttons on the spokes of the steering wheel. The display measures 12.3 inches in the diagonal and offers a high resolution of 1,920 x 720 pixels. The driver can switch between the “classic,” “sport,” and “e-tron” screens in the MMI operating system. In the e-tron view, the focus is on the large power meter that displays the status of the drive and all important information on electric driving.

The central MMI touch display (10.1 inches) is controlled via touch and provides acoustic feedback. This is where the driver manages the infotainment, navigation, comfort functions, and text input. The menu structure is lean and clear, just as on a smartphone, and the MMI search is based on free input. For many searches, the hit list will appear after entering a couple of letters.

The optional head-up display can display important information on the windshield. The image window is in the driver’s field of vision, with the projection appearing to float about two meters in front of them. Another convenient feature of the Audi e-tron GT is the personalization: Up to six users – five fixed users and one guest – can each store hundreds of preferred settings in individual profiles. The car adjusts the preferred settings when the driver’s door is opened.

Behind the control and display functions in the e-tron GT quattro and RS e-tron GT is the third-generation modular infotainment toolkit (MIB 3), which offers extremely high processing power. It works with the physically separate communication box, which executes all tasks relating to connectivity at great speed, and has an integrated Wi-Fi hotspot. After the vehicle is started, the MIB 3 with all of its functions, apps, and services boots up within a few seconds. The driver can activate an individual dashboard that displays up to three main applications in separate windows.