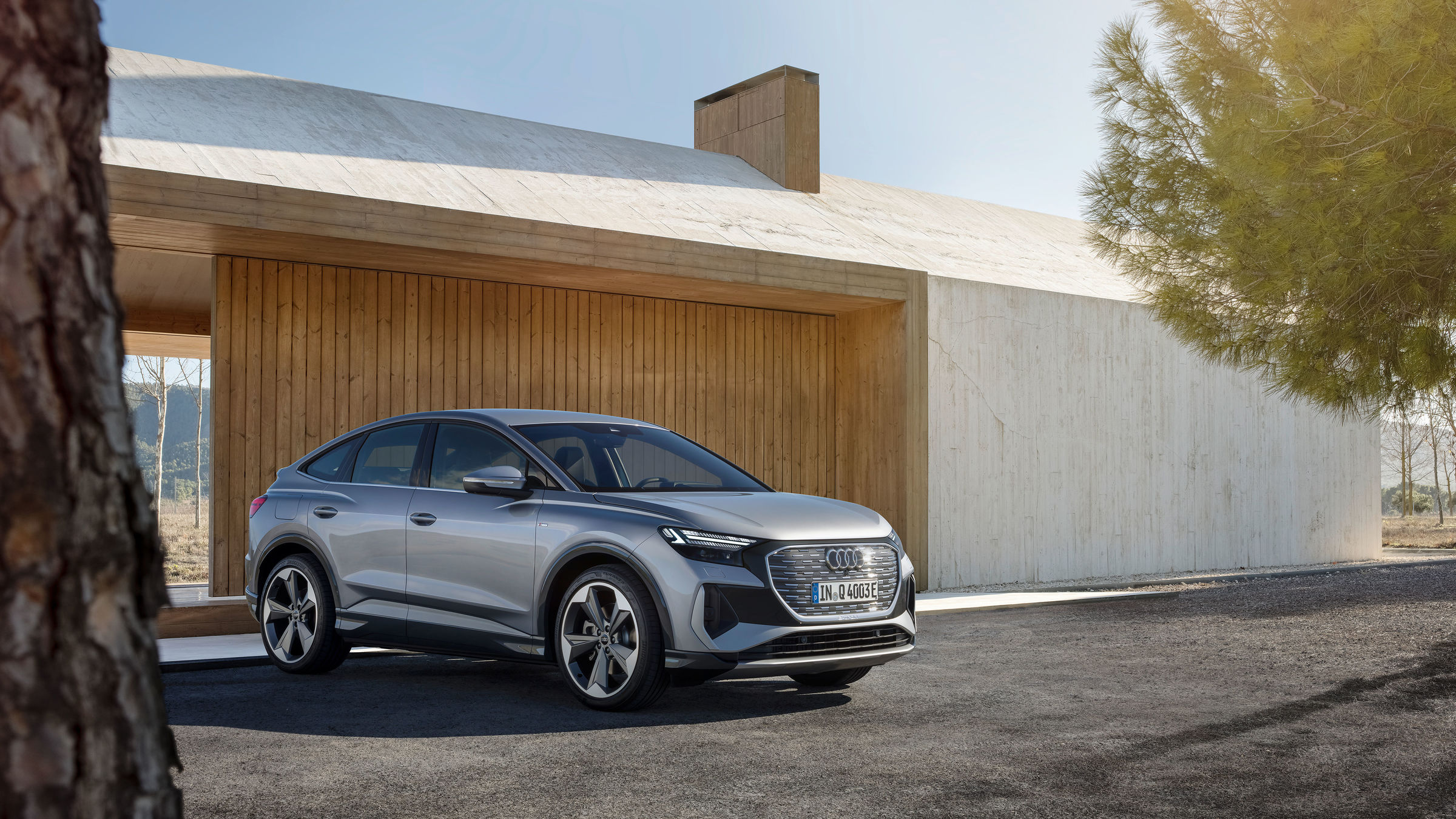 The battery housing is an aluminum construction and is scalable in size. The smaller housing has ten compartments and is 144 centimeters long. The larger one has 12 compartments over a length of 182 centimeters, and weighs around 100 kilograms. Both housings measure 145 centimeters in width and 16 centimeters in height. The battery housing is permanently bolted to the body of the Q4 e-tron and increases its rigidity as a result. A strong surrounding frame made of extruded aluminum sections protects the battery system in an accident, while replaceable aluminum underfloor protection isolates it from the road.

Both batteries operate at a rated voltage of 352 volts. Controllers sitting in the longitudinal member of the housing monitor the voltage and temperature of the modules and the cells. Working in cooperation with the central battery management controller, they compensate for small deviations in the capacity of the individual cells. The main controller and the connection box with its fuses are mounted in the rear area of the battery system. In the event of a serious accident, the flow of electricity to all other high-voltage components is cut immediately.

The thermal management system of the compact electric SUVs consists of two coolant circuits. One of them controls the temperature of the electric motors, their power electronics, the on-board charger, and the DC/DC converter, which connects the 12-volt on-board electrical system to the high-voltage system. This medium-temperature circuit is connected to a low-temperature circuit that only supplies the traction battery. The cooling medium – a water/glycol mix – circulates through the flat channels lying in the floor plate and thus controls the temperature of the cell compartments from below. A heat-conducting paste creates the thermal connection. When the temperature outside is low, a high-voltage heater ensures that the coolant heats up quickly.

The thermal management system aims to get the battery up to the ideal temperature range of around 30 degrees Celsius quickly after it is started and to keep it there until the end of the journey. This ensures that its full power – and therefore the power of the entire drive system – is available after a short time even in extremely cold conditions. Thanks to the stable thermal conditions, the driver can also call on it repeatedly or charge the battery at an HPC charging terminal with high output. The sophisticated thermal management system also gives the battery a long life cycle – Audi guarantees that it will still have at least 70 percent capacity after eight years of operation or after 160,000 kilometers.


The interior climate is controlled using a coolant circuit with a compressor, condenser, and evaporator. Valves connect it to the drive circuits when these require an unusually high level of cooling. This can happen during high power requirements but also during fast HPC charging with direct current, which causes the battery to heat up significantly.

Even more efficiency: the heat pump

An option for the Q4 e-tron and the Q4 Sportback e-tron is a highly efficient heat pump, which heats and cools the interior very quickly using the thermal losses from the electric components and the temperature of the outside air. It uses eco-friendly CO2 as a refrigerant, which flows through the circuit at high pressure.

The heat pump can reduce the loss of range that the climate control causes, especially in winter. Its strengths come to the fore on long drives.

In addition to charging, the customers of the Q4 e-tron can also control the pre-entry climate of the interior from their smartphones using the myAudi app. This also functions if the car is not charging via the power grid – although this will impact the range. The vehicle can start even when the outside temperature has fallen to minus 25 degrees Celsius. The optional comfort pre-entry climate control also includes a function to heat the seats, the exterior mirrors and the rear window, while the exact interior temperature that is desired can also be set here.

Strengths for every day: range and high charging capacity

All model and motor versions of the Audi Q4 e-tron and the Q4 Sportback e-tron have a CCS (combined charging system) on board. This system enables the SUVs to be charged with alternating current (AC) and direct current (DC), the latter at powerful HPC (high-power charging) terminals. In ideal conditions the Q4 40 e-tron can recharge enough electricity to cover about 130 kilometers (80.8 miles) (WLTP) in around ten minutes.

The optional compact e-tron charging system can be used for alternating current charging at home using 230 volts or the 400 volts recommended by Audi. The Q4 35 e-tron can charge at a capacity of up to 7.2 kW, and the other models at up to 11 kW. The e-tron charging system connect, which will be released toward the end of the year, features smart charging functions in interaction with a home energy management system. These include charging at times when electricity is less expensive or using solar power if a photovoltaic system is installed.

On the road, the standard mode 3 cable is used for charging with alternating current at AC terminals. The option of the convenient Audi e-tron Charging Service provides access to around 210,000 public charging points in 26 countries throughout Europe, including 4,400 HPC (high-power charging) points. And all of that using just one charging card. Audi customers can choose between the city tariff for the urban area and the transit tariff for long-distance driving, where Audi pays the basic fee for the first year of the transit tariff. Customers also pay just 31 cents per kilowatt hour of direct current in the Ionity network – a similar price to what it costs to charge a car at home. The high-speed HPC points that IONITY and other providers have installed across Europe charge Audi’s electric SUVs with a capacity of up to 100 kW (Q4 35 e-tron ) or up to 125 kW (all other models).