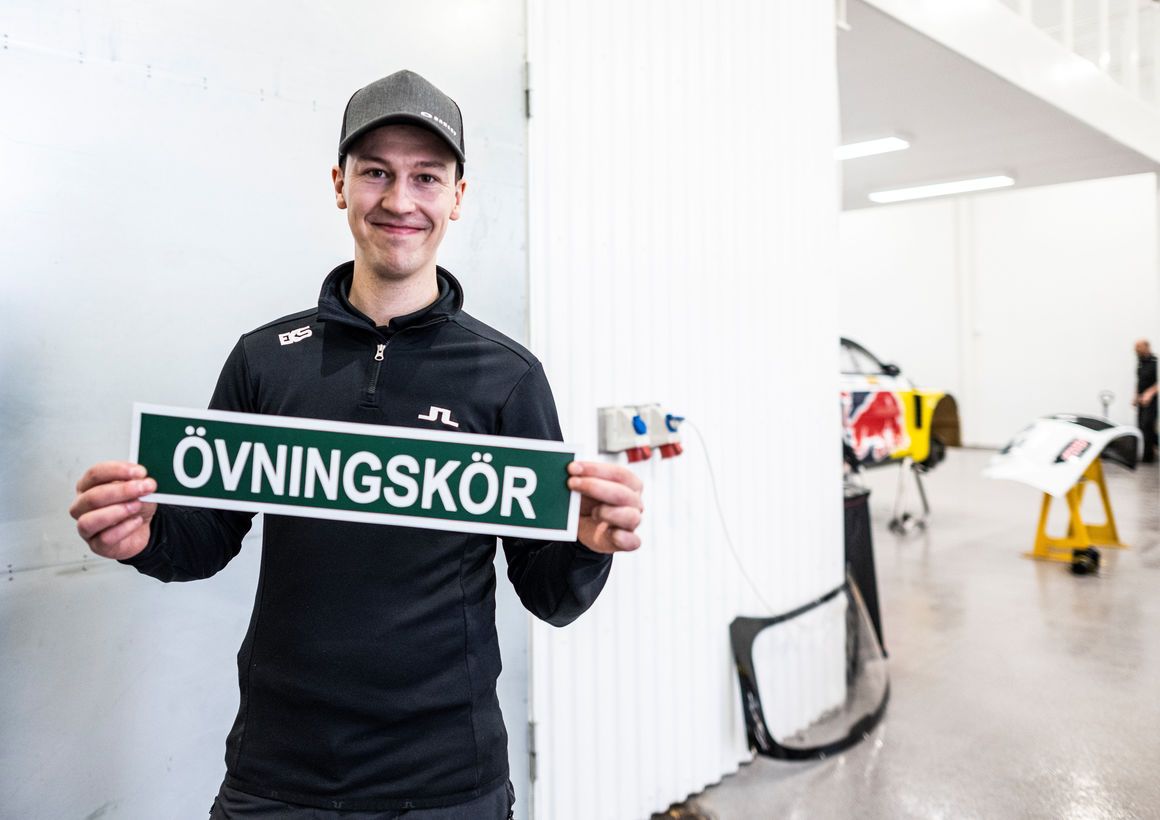 Emil Bergkvist was a rally driver himself for ten years. The Swede even became the Junior World Rally champion. In 2021, he switched to the co-driver’s seat and became the co-driver of Mattias Ekström, his idol when he was young.

Switching roles from driver to co-driver was not an easy decision for Emil Bergkvist: “I went back and forth for a long time.” When no new rally driving opportunity could be found for him, he signed on with EKS in the summer of 2020. This is the company with which Mattias Ekström conducts his off-road motorsport activities, among other things.

“At first, I operated machines and drove trucks at EKS, because I also have a driver’s license for that. I also know a lot about technology and helped out in the workshop,” says Bergkvist, explaining how is relationship with Ekström started. “I worked my way up the ladder to get even better jobs, step by step.”

More and more often, this included conversations between racing drivers Emil Bergkvist and Mattias Ekström. “First once a week, then twice then three times. We realized that we had a very good connection,” says Bergkvist. Eventually, Ekström suggested to him, “Why don’t you give your driving career a rest and become my co-driver?” So, the new Swedish duo first competed in the Dakar Rally in 2021 and then in some classic rallies such as the Artic Rally Finland, a world championship round.

“For many former drivers, it’s a problem when they no longer have the steering wheel in their own hands and can control the rally car themselves,” reports Emil Bergkvist. “Being Mattias’ co-driver is no problem for me,” he adds. Because: “Mattias is clever and prudent. He knows exactly what he is doing in the car. And he has been doing it for almost all of his life.”

However, the driver’s absolute trust in the co-driver is just as important in rallying. Bergkvist explains: “From my own experience as a driver, I know that if you don’t fully trust the guy sitting next to you, you can’t perform at the wheel. That’s why it’s so important for him to talk a lot with Mattias Ekström, not only during a rally, but also before and after it.

Like for many girls and boys in Sweden, Mattias Ekström used to be the idol for Emil Bergkvist. “In the last 20 years, there has not been such a successful racing driver in our country as Mattias. Even today, I think very many young people look up to him, not only in Sweden.”

As a colleague at work, Bergkvist has come to know and appreciate another side to the energetic, always combative Ekström: “Mattias also has a really warm-hearted side. He cares about everyone around him. That’s exactly what you need when you work very hard and with a lot of commitment for someone.”

What impresses Emil Bergkvist most is Mattias Ekström’s extreme passion for motorsport. “That’s a very decisive reason why I work with him. It’s not like I’m doing this just for fun. I also want to win.”

Bergkvist is upbeat about the new Dakar project with Audi. “We have a really good team around us with very, very experienced people,” he says. “I trust that every one of them wants to and will do their absolute best.”

For Emil Bergkvist, the Dakar Rally is a very special challenge that can hardly be compared. From his debut with Mattias Ekström in the rally raid classic in 2021, he learned this above all: “You always have to be prepared for the unknown. You don‘t know what to expect on any given day – and that for two weeks. Without a doubt, it’s the toughest of all motorsport competitions.”

Despite the latest navigation technology, one factor remains difficult for Emil Bergkvist to calculate in the deserts of Saudi Arabia in 2022: “When you’re driving at high speed through the swirling sand and dust and there are rocks and stones lurking everywhere on the track that are barely visible, it’s tricky as hell.”

If there are ever any breakdowns or slips in the process, Emil Bergkvist is not least a skilled mechanic. In this respect, too, he complements his driver perfectly: “Mattias knows a lot about technology. And he learns new things very quickly and is very good at passing them on to others. In any case, he is always very helpful to me when there are new things that I don’t understand right away.”

As the youngest of Audi Sport’s three Dakar crews, Emil Bergkvist sees this advantage for himself: “If you’re young and motivated, you have a good chance of a good result at the Dakar Rally. Of course, you have to have prepared yourself and everything properly. Even though Audi’s electrified powertrain will be completely new, we should have good chances.”

Career as a co-driver: