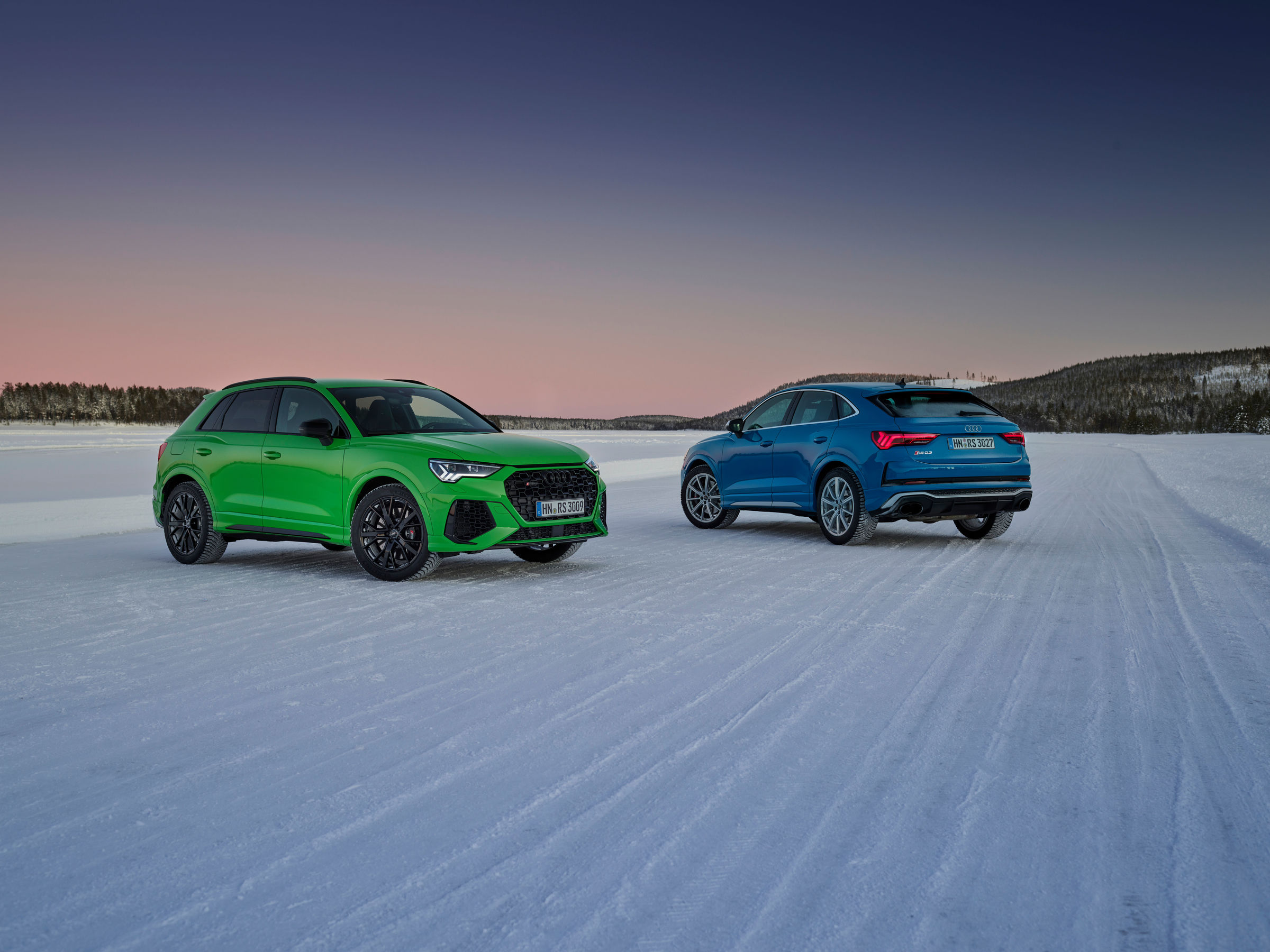 “quattro” means “Audi,” and “Audi” often means “quattro.” Now, 40 years after the original quattro first appeared, Audi has notched up some impressive figures: By the end of 2019, Audi had produced almost 10.5 million cars with all-wheel drive worldwide, including 804,224 last year alone. In 2019, around 45% of Audi customers chose models featuring quattro drive systems. The factories in Changchun, China, and San José Chiapa, Mexico, are leading the charge when it comes to the production of all-wheel-drive Audis. Altogether, 258,765 new Audis with quattro technology were built in Germany in 2019.

The quattro drive system has been one of the biggest cornerstones of the Audi brand for 40 years. It is represented in every model series except the compact A1**. All larger models – the A8**, the Q7**, the Q8**, the e-tron** and the e-tron Sportback**, the R8** and all S and RS models transfer their horsepower to the road through four wheels as standard.

** The collective fuel consumption values of all models named and available on the German market can be found in the list provided at the end of this press information.