Always one step ahead of the competition: the technical milestones 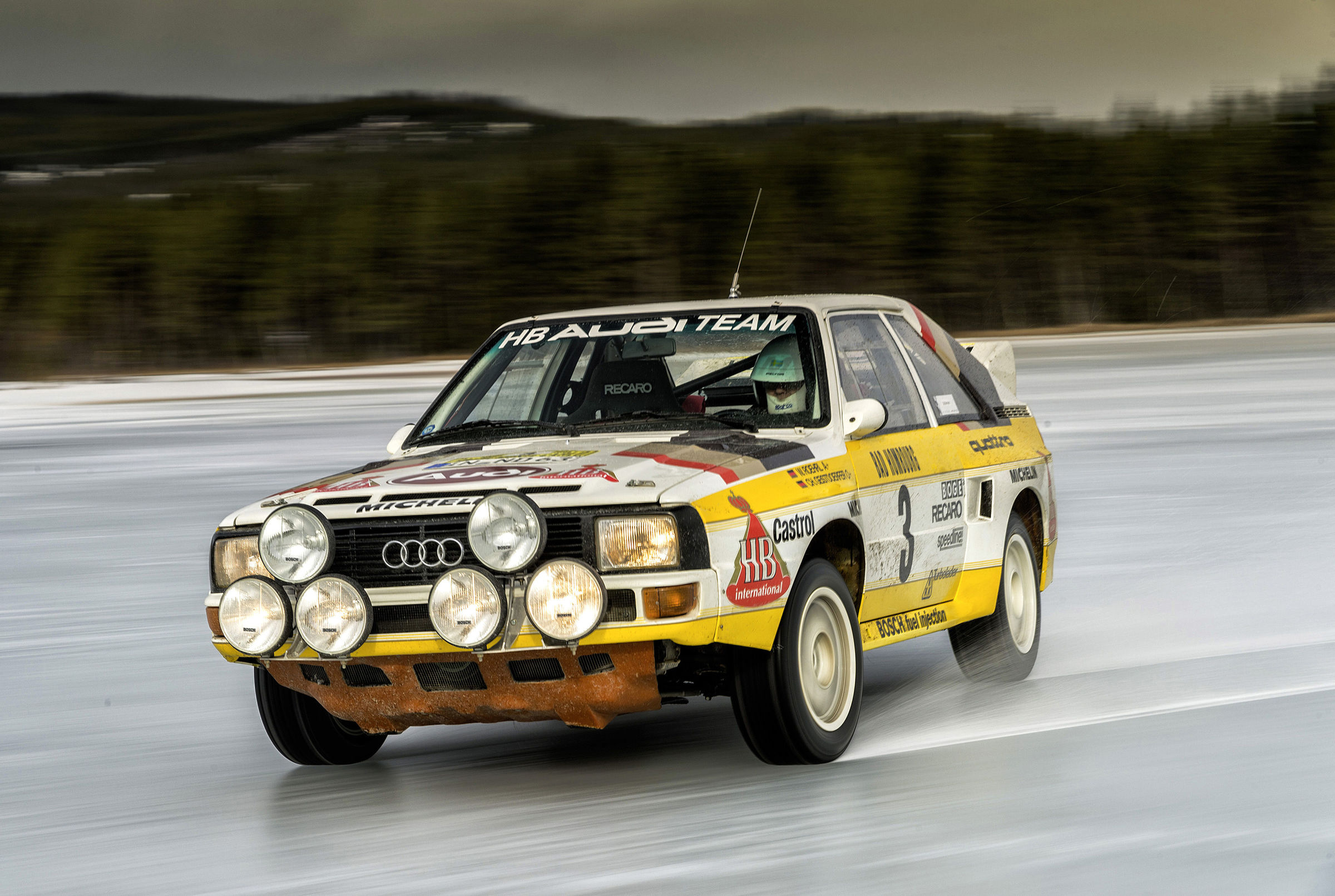 quattro technology can trace its roots back to the winter of 1976/77, when a team of Audi engineers conducted a series of test drives in the deep snow of Sweden. An Iltis traveled along for comparison purposes, and the all-terrain military vehicle with its high ground clearance outperformed the much more powerful front-wheel-drive prototypes. During this trip, it dawned on the engineers that Audi could realistically use an all-wheel drive system even on high-performance passenger cars – but it would have to be a completely new type that was lightweight, compact and efficient and could manage without a heavy transfer case or second propshaft.

The stroke of genius that made it all possible was the hollow shaft – a drilled-out, 263 millimeter (10.4 in) secondary shaft in the transmission that directed power in two directions. From its rear end, it drove the housing of the center differential, which was configured as a manually locking bevel-gear differential. In normal situations, it sent 50% of the power along the propshaft to the rear axle, which was equipped with a second locking differential. The other half of the torque was transferred to the front axle’s differential along an output shaft rotating inside the secondary shaft. The quattro drive system was born.

Since 1980: quattro technologies for longitudinal engines

The new technology made its first appearance at the Geneva Motor Show in 1980, fitted to the Audi quattro, an angular coupé with a five-cylinder turbocharged engine delivering 147 kW (200 PS). Originally planned for only low-volume production, the original quattro ended up remaining part of the model line-up until 1991, having undergone numerous refinements along the way. In 1984, it was joined by the Audi Sport quattro with a shortened wheelbase. Producing 225 kW (306 PS), it was an exclusive high-performance sports car at the time.

With the new Audi 80 released in 1986, the brand introduced the second generation of its quattro technology, featuring the Torsen differential (Torsen: torque sensing), which was designed as a worm gear transmission. When a vehicle axle lost traction, friction would be created in the helical gears of the differential, allowing up to 75% of the torque to be diverted to the other axle.

The next big step for the models with longitudinal front-mounted engines came in 2005 with the Audi RS 4. The new planetary gearing allowed even higher locking values and distributed the forces in a 40:60 ratio in normal conditions. This third generation of the center differential has undergone further stages of development since then and still features in the range to this day.

Audi has continued to expand its range of quattro models over the course of 40 years. The decision was made back in the early 1980s to offer the quattro drive system across the board. The new models helped to pave the brand’s way into the premium segment. The first TDI with permanent all-wheel drive appeared in 1995; four years later, the technology moved into the compact class. The A3 and the new TT featured the electronically controlled hydraulic multi-plate clutch.

The first generation of the Audi R8 high-performance sports car launched in 2007. Its quattro drive system was a very special development, with the transmission in the rear integrating a power take-off supplying an unregulated viscous coupling on the front axle via a propshaft. It could divert 15% to 30% of torque to the front wheels when conditions called for it. The sport differential for the powerful A and Q models came in 2008, making its debut in the Audi S4. Finally, the quattro system with the exceptionally efficient ultra technology became the most recent innovation to join the technology line-up when it arrived on the Audi A4 in 2016.