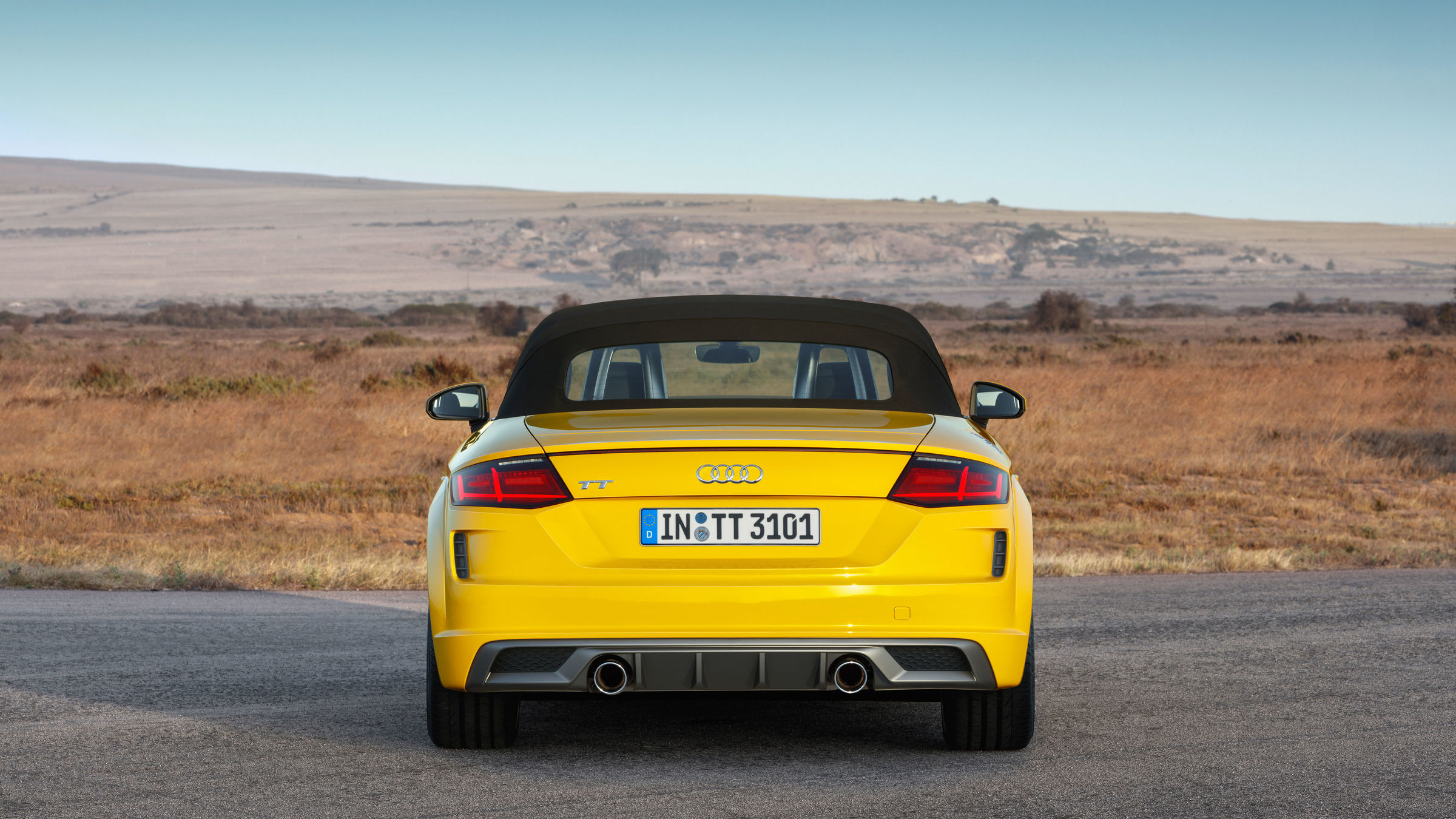 The Audi TT is a design icon. Ever since the premiere of the first concept car in 1995, the Audi TT has stood for driving pleasure, design and attention to detail. When the first Audi TT Coupé came onto the market in the fall of 1998, and the first TT Roadster one year later, the series production products differed only insignificantly from the previously displayed show cars – the dream of any designer. The central design motif was the circle: the arcs of the roof, the front and the rear stood in contrast to the strictly horizontal lines.

1995: the Audi TT concept car
At the International Motor Show (IAA) in Frankfurt am Main, Audi presented the first Audi TT as a concept sports car with high suitability for everyday use. Technical Development with a team of Audi designers had developed the concept for a sporty Coupé in the shortest conceivable time. In November 1995, the Roadster version made its premiere as a TTS concept car at the Tokyo Motor Show. The outer lines of the two show cars followed the German philosophy, and recalled the rounded shapes of the pre-War racing cars and post-War sedans of Auto Union. The interior rested on the principle of “as much as necessary and as little as possible.” The TT concept cars were very well received as forward-looking innovations and the embodiment of revolutionary automotive design. Audi kept a low profile for many years regarding possible production of the two model versions, however.

1998: the first generation of the Audi TT
Closely based on the show car, the production model with its formally coherent design idiom has remained a milestone of innovative automotive design to the present day. Its aspiration was clear in the tiniest of details: aluminum elements in the interior, progressive wheel design, a short, spherical gear knob and round, closely spaced tailpipes. For the first time, Audi employed the quick-as-lightning dual-clutch transmission in a production model – the so-called S tronic. Power output ranged from 110 kW (150 hp) to 184 kW (250 hp).

2006: the second TT generation approaches the starting line
The design of the second generation of the successful sports car was formally more integrated in the Audi design idiom, with the driving dynamics of a full-grown athlete. The turbocharged engines developed between 118 kW (160 hp) and 155 kW (211 hp). Audi extended the lineup with an S version producing 200 kW (272 hp) and a true model athlete, the Audi TT RS with 250 kW (340 hp). The later TT RS plus version even produced 265 kW (360 hp). Groundbreaking technologies such as Audi Space Frame (ASF) lightweight construction, TFSI engines and the powerful, sonorous five-cylinder engine played key roles in the car’s success. The second Audi TT was the first sports car with TDI technology.

2014: the third-generation TT
The third generation of the Audi TT came across as sportier, more dynamic and more innovative than its predecessor. One characteristic feature persisted through all generations: the round tank cap with the typical TT logo.