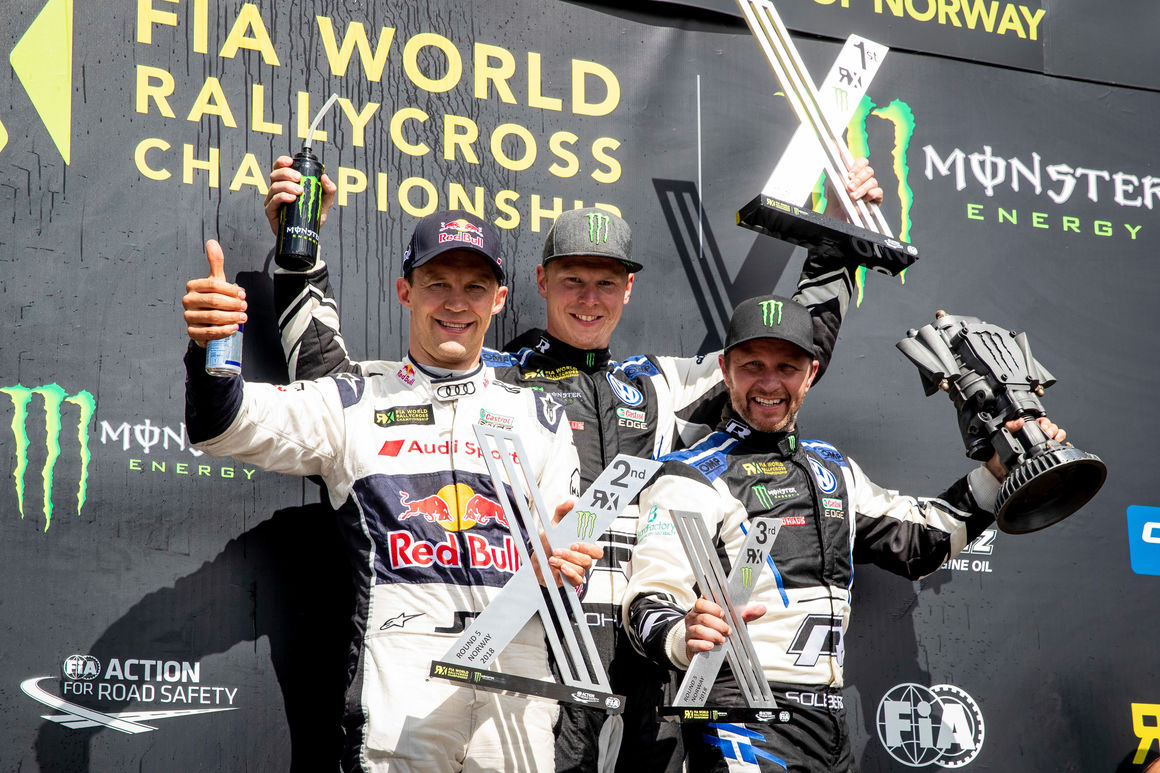 Another podium finish for EKS Audi Sport in the FIA World Rallycross Championship (World RX). In round five of the season in Norway, Mattias Ekström in the 580-hp Audi S1 EKS RX quattro celebrated second place and his first podium finish this season. Only two weeks earlier, his teammate, Andreas Bakkerud, had finished as runner-up at Silverstone (Great Britain). EKS’ newcomer in his home round in Norway made it into the final as well and placed sixth.