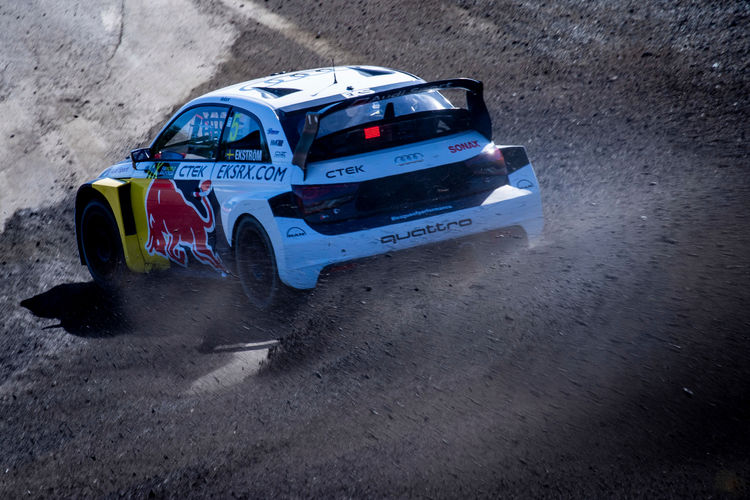 Another podium finish for EKS Audi Sport in the FIA World Rallycross Championship (World RX). In round five of the season in Norway, Mattias Ekström in the 580-hp Audi S1 EKS RX quattro celebrated second place and his first podium finish this season. Only two weeks earlier, his teammate, Andreas Bakkerud, had finished as runner-up at Silverstone (Great Britain). EKS’ newcomer in his home round in Norway made it into the final as well and placed sixth.

In front of some 24,000 enthusiastic spectators, the two Audi drivers from Team EKS Audi Sport experienced a changeable weekend. Following the first two qualifying sessions on Saturday, Ekström and Bakkerud placed fourth and seventh in the intermediate classification. In the third qualifying on Sunday, Ekström received a five-second penalty due to a collision with Petter Solberg. In Q4, his car stopped on the starting line due to a defect. Even so, in tenth position overall, Ekström made it into the semi-finals together with Andreas Bakkerud.

Both Audi drivers clinched second place in their semi-finals. As a result, for the fourth time this year, both drivers from EKS Audi Sport qualified for the final of the top six. As in the previous WRX rounds, the drivers from Audi, Peugeot and Volkswagen fought a gripping battle again in Norway. Mattias Ekström, who had started alongside Bakkerud from the second row, pulled off with a dream start and after six laps only had to admit defeat to winner Johan Kristoffersson by 0.788 seconds. “Sunday didn’t start well and the points we lost in qualifying hurt us,” says Mattias Ekström. “In the semi-finals and the final, I managed to advance to second position with two rocket starts. We’re happy that now we’re able to take the trophy home.”

“My home round at Hell was really tough,” says Andreas Bakkerud who was cheered on by many local fans. “On day one, I didn’t keep pace. On Sunday, things got better. In the final, I was simply unfortunate: Timmy Hansen spun in front of me and I had to wait until he had restarted his engine and I came sixth.”