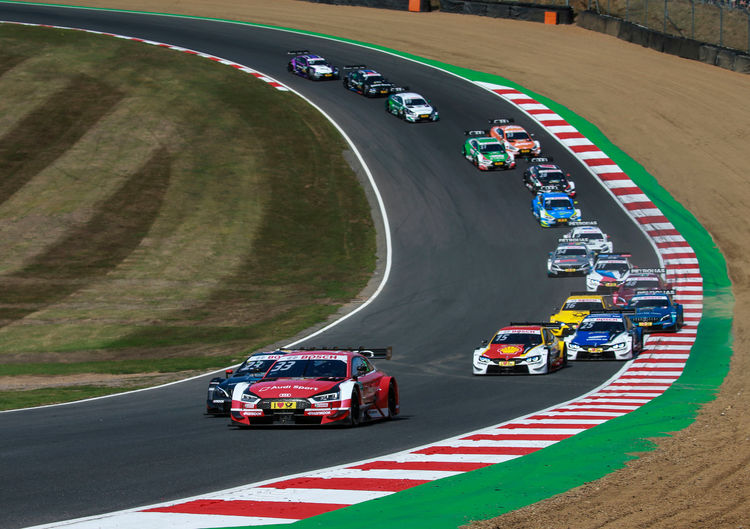 Rast claimed third place on the grid after qualifying strongly for Saturday’s race and took second immediately after the start. The strategy to pit and change tires directly at the end of the first lap, as in his victory drive at Zandvoort, did not however pay off for the German this time. “I made a good start,” said the Audi driver. “But then a slow zone was called, which effectively cancelled out my tire advantage. Without the slow zone it could have been a much better result. Even so, I’m satisfied to have scored good points for the championship.”

As expected, grid positions for the first DTM race around the 3.916-kilometer Brands Hatch Grand Prix track played a crucial role. Apart from the phase during the pit stops there was hardly any overtaking. A highlight was the maneuver made by DTM newcomer Robin Frijns (Audi Sport Team Abt Sportsline) who overtook BMW driver Timo Glock in the infamous Paddock Hill Bend. Mike Rockenfeller and Jamie Green caught and passed Glock at the same time on the same lap.

With deteriorating tires in the closing stages, Frijns dropped behind Green and Rockenfeller who scored a point in tenth for Audi Sport Team Phoenix. Nico Müller was 15th after an accident in qualifying. Loïc Duval retired after sliding into the gravel trap at the Druids Hairpin after his mandatory pit stop.

“We expected a little more in the race, but after we did not perform well enough in qualifying we weren’t in the position to attack,” said Head of Audi Motorsport Dieter Gass. “With René (Rast) we choose an aggressive strategy which did not work out due to the slow zone. Our other cars were fast in the race, but couldn’t overtake. For tomorrow we must work specifically to improve our qualifying form.”