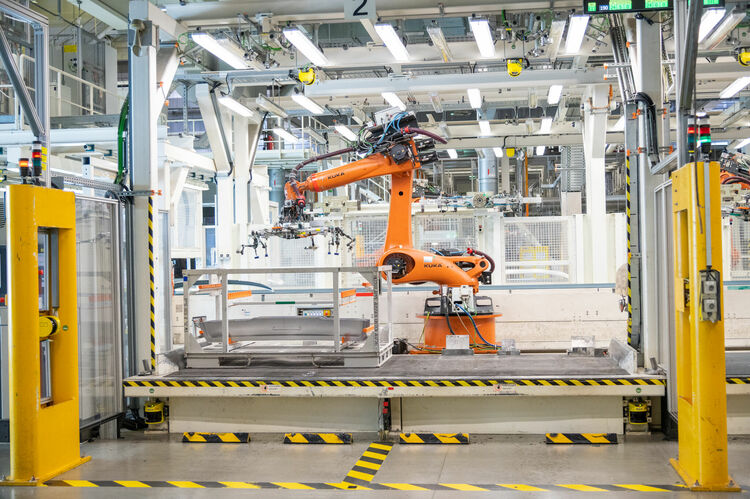 Volkswagen Slovakia is the first of the Group's multi-brand sites to join the Aluminium Closed Loop project. This involves the recycling of aluminium stamping offcuts from the press shop, which are returned to the supplier of the aluminium rolls. The aluminium offcuts are reprocessed at the supplier to enable them to be returned to production without any loss of quality. The use of secondary aluminium saves up to 95 percent of energy compared to primary aluminium. The CO2 savings and efficient resource management also contribute to greater sustainability. Among other things, body parts for the Audi Q7 and Q8 models are pressed at the Bratislava plant.

As part of the Group and Volkswagen brand, Volkswagen Slovakia is committed to achieving the environmental goals of the Zero Impact Factory strategy and moving toward climate neutrality. To achieve the best possible results, the company continually uses state-of-the-art technologies and actively participates in projects that have a positive impact on the environment. One of these is Aluminium Closed Loop, which was introduced at Audi's Neckarsulm site in 2017. The project is currently running at four of the Group's sites where press plants with a high proportion of aluminium parts are located (Audi in Neckarsulm, Audi in Ingolstadt, Audi Hungaria in Győr and Volkswagen Slovakia in Bratislava). Further locations will follow. In 2021, the Aluminium Closed Loop project was responsible for a reduction of more than 195,000 tons* of CO2 on balance for the production of Audi models alone. Since its introduction in 2017, these total savings have amounted to more than 725,000 tons of CO2.

Bratislava site part of the project for a year now

The press shop at the Bratislava site joined the Group's Aluminium Closed Loop project exactly one year ago, in July 2021. Currently, a large proportion of the parts for the bodies of the SUV models produced in Bratislava (Volkswagen Touareg, Audi Q7, Audi Q8, Porsche Cayenne and Porsche Cayenne Coupé) are pressed here. These include exterior skin parts, roofs, add-on parts, hoods and tailgates, wings, doors, window frames and more.

The Aluminium Closed Loop is a successful example of closed-loop waste recycling that eliminates much of the energy-intensive production of primary aluminium. "The high energy demand can be minimized, among other things, by using recycled materials, thereby contributing to a better environmental balance of our vehicle projects even before our own vehicle production begins," explains Michaela Hletková Ploszeková, Head of the Environmental Department at Volkswagen Slovakia.

The body parts are made from aluminium and steel sheets that are cut from aluminium rolls, otherwise known as coils, at Audi Hungaria's nearby sister plant in Győr, before being formed with pressing tools at the press shop in Bratislava. The aluminium is separated from the other stamping waste resulting from the production of these parts directly on the line.

"Thanks to the separation and cleaning processes in the production process as well as at the recycler, the stamping waste from the press shop for recycling in the Aluminium Closed Loop achieves a purity level of 99.9 per cent. In the pilot year, the company managed to deliver more than 6,600 tons of aluminium offcuts to the Aluminium Closed Loop project despite fluctuating production due to the difficult global situation. We want to continue to gradually increase this share," says Stanislav Novák, Head of the Press Shop Specialist Team.

A contracted supplier currently stills transports the separated aluminium waste from the press shop via truck. In the next few years, the plan is to start using alternative environmentally friendly vehicles for this purpose. The waste will then be transported from Slovakia directly to the Group's aluminium supplier so that it can be processed and sent back to the Bratislava press shop as original-quality secondary aluminium or aluminium sheet, where it will then be used again to produce body parts for SUVs.

*Audi understands net-zero carbon emissions to mean a situation in which, after other possible reduction measures have been exhausted, the company offsets the carbon emitted by Audi’s products or activities and/or the carbon emissions that currently cannot be avoided in the supply chain, manufacturing, and recycling of Audi vehicles through voluntary offsetting projects carried out worldwide. In this context, carbon emissions generated during a vehicle’s utilization stage, i.e. from the moment it is delivered to the customer, are not taken into account.