Audi driver René Rast: “Every year has made me better” 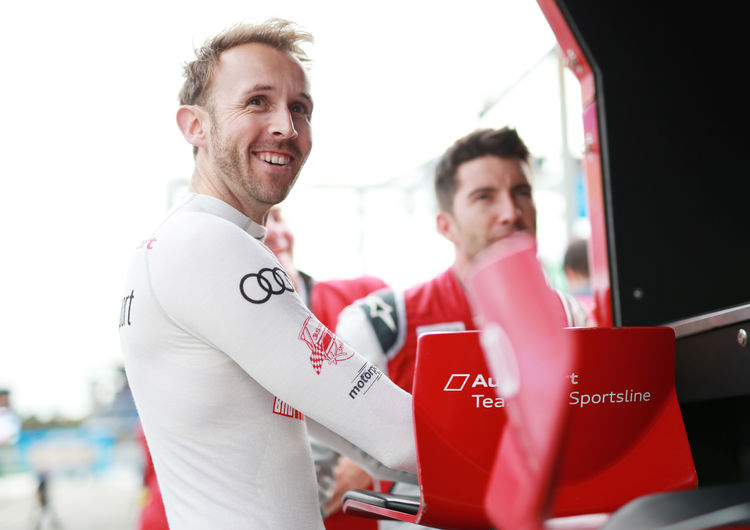 René Rast on winning the DTM title has made a long-held dream of his come true. In an interview, the German looks back on his various stations in the motorsport program of the Volkswagen Group and describes his experiences on the final race day of the DTM at Hockenheim.

After beginnings in the Volkswagen Polo Cup, many races in Porsche one-make cups and the WEC, you are now celebrating your greatest success in the DTM. How do you look back on the years preceding your most recent title win?
René Rast: “Every year had its purpose and probably made me a better race driver. All this has helped me clinch the title now. Every series had its unique facets: In the one-make cups, I learned how to contest sprint races. In endurance racing, be it GT3 or WEC, I primarily learned how important it is to form a unit – not only with the other drivers but, above all, with the engineers. In prototype racing, I gained a lot of knowledge about the set-up of a race car. That wasn’t possible to the same extent in the one-make cups. But in LMP1 or LMP2, the right set-up is crucial. So, I first had to familiarize myself with the subject and today I’m benefiting from it in the DTM as well.”

Let’s take a look at the final race day of the 2017 DTM season. Following a few problems in practice, the interruption in qualifying and a moment of shock on the first race lap – how did you manage to keep up your concentration?
“It’s true that things went less than perfectly. Practice already got off to a poor start. We’d still made a few adjustments from Saturday to Sunday, but the set-up went completely in the wrong direction. We weren’t happy with practice at all and I already thought: ‘Okay, you’ve missed your chance. Up until the qualifying session we didn’t bring the car up to the level we needed.’ But, once again, we managed making the right steps to be in contention. The interruption didn’t really cause me to lose my cool. But then, the LED display for the clutch flying toward me did throw me off initially. I lost three positions on lap one. Instead of being able to concentrate on the race I had to first deal with the lose technology because whenever I was steering or braking the display was dangling from left to right in front of my field of view or was wrapping itself around my hands or the steering wheel.”

In the race, did you actually feel more like the hunter or the hunted?
“I went on to feel like the hunter. I knew that I’d have to arrive on podium to make it somehow. That was clearly my focus. When Mattias (Ekström) was in fifth at some point in the race things weren’t looking good initially. But I tried to keep a cool head. Afterwards, I was able to make up position after position and in the end it was actually enough. But at no point I did I feel like the hunted.”

At what point did you know that you were sure to clinch the title?
“After the end of the race in turn one. My team broke out in cheers on the radio only when Mattias crossed the finish line. Obviously, I looked at the monitors during the race as well to see where Mattias, Jamie (Green) and Mike (Rockenfeller) were at the moment. During the pit stop, my engineer provided me with an update, saying that none of my competitors was in the points. At that time, though, nearly half the race was yet to be completed and a lot could still happen. Ultimately, all three of them still made up a few places. I knew that Mattias would have to take sixth place to become champion, but on the monitors he was always listed in positions below sixth. Still, even after crossing the finish line, I wasn’t sure because my team initially congratulated me only on my race result.”

In your first full DTM season, you prevailed against some of your idols on the race track. How do you rate that today?
“That hasn’t really sunk in yet. You realize a new aspect every day, every hour. It’s a little like being a child at Christmas unwrapping a gift and receiving another one immediately afterwards. What I’m trying to say is that it’s happening step by step. There isn’t a specific moment when you can say you’ve digested it all because it’s happening little by little.”

At night, the occasion was appropriately celebrated. Were you surprised to receive congratulations by two Formula 1 World Champions at the venue?
“For me, that came as a total surprise. Honestly, I had not expected Keke (Rosberg), as well as Nico (Rosberg), to personally congratulate me. It was a great honor that both of them came to Hockenheim and joined our celebration – in spite of a hectic arrival, as I was told. The opportunity to have a party with a former and a reigning Formula 1 World Champion arguably does not present itself very often. In any event, it was a huge pleasure for me.”

During the broadcast, it was reported that your girlfriend and you are expecting a second child?
“That’s simply not true. It’s crazy for sure. I thought: is there anything I might have missed? Just for fun, I asked my girlfriend about it. It’s really hilarious to see the effects of something like that. Innumerable people have already come up to us about it and wished us well – even our landlady has.”

How did your family follow the last race of the season and how did their congratulations turn out?
“Like at most of the races, my father was at the venue again while my girlfriend and my mother kept their fingers crossed at home. Congratulations reached me through many different channels. Surprisingly, a real flood of messages, most of them sent by smartphone and via social media, only began to arrive on Tuesday. By now, I no longer have a chance to respond to all of them.”

You are regarded as a very self-critical race driver. Is there anything the current DTM Champion could have done better this season?
“No doubt, there were many situations that could have been handled in better ways. For instance, the mistake at the Norisring when I crossed the line at the pit lane exit following the tire change and received a drive-through penalty. Plus, I suspect that there were a couple of laps where I drove too aggressively on cold tires. But, essentially, as a team, we learned huge lessons from our mistakes. And, in the end, that was part of our success as well.”

Have you already found a place for your championship trophy?
“The trophy hasn’t arrived at my home yet, but I’m no doubt going to find a suitable place for it. However, thinking about that would be kind of a luxury problem at the moment. There simply hasn’t been any time for such things yet. I only unloaded my car three days after Hockenheim. Before that, I was still traveling with all my baggage from the weekend.”

What’s on your agenda the next few weeks?
“Right at the beginning of the week, I was a guest on Servus TV in Salzburg and at Audi in Ingolstadt. I’ll have time off until Sunday before on Monday a press event is coming up in my home town. There we’re going to drive the race car through the city and meet the mayor. On Tuesday and Wednesday, there will be commitments in Ingolstadt and Neckarsulm. And Thursday will be my birthday. I’m going to celebrate it the following weekend. I’d already planned the party before the finale and now there’s another good reason to celebrate.”