Skip to content
We are using cookies for a better user experience.
06/22/18
Neuburg a. d. Donau
Sports 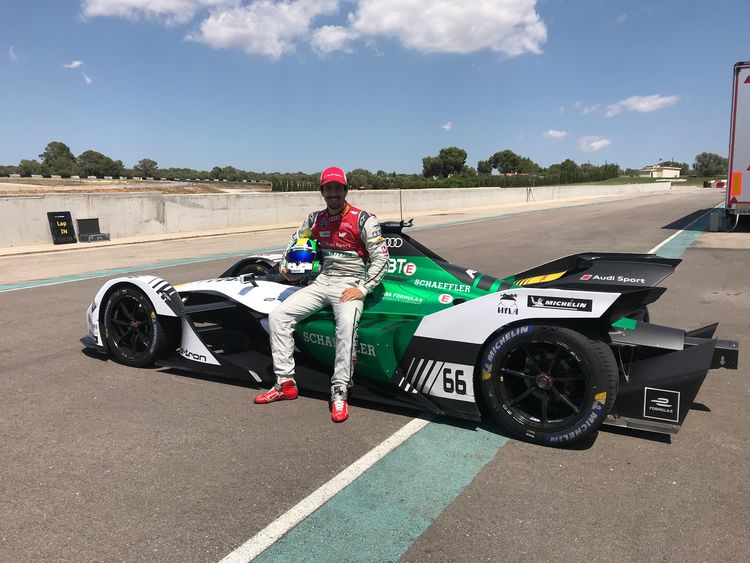 The Audi Sport ABT Schaeffler team has continued its preparation for the new Formula E season, which will begin in Riyadh (Saudi Arabia) on December 15. The reigning champion, Lucas di Grassi, covered many kilometers of testing behind the wheel of the newly-developed Audi e-tron FE05 in Spain this week. “These were very long, but very smooth and effective days here in Spain,” said Lucas di Grassi. “We worked very efficiently and ticked off point after point on our to-do lists, preparing ourselves for the beginning of the new season.” The Brazilian flew back to his home city of São Paulo directly after the test. He and wife Bianca are expecting the birth of their first son before the Formula E season finale.