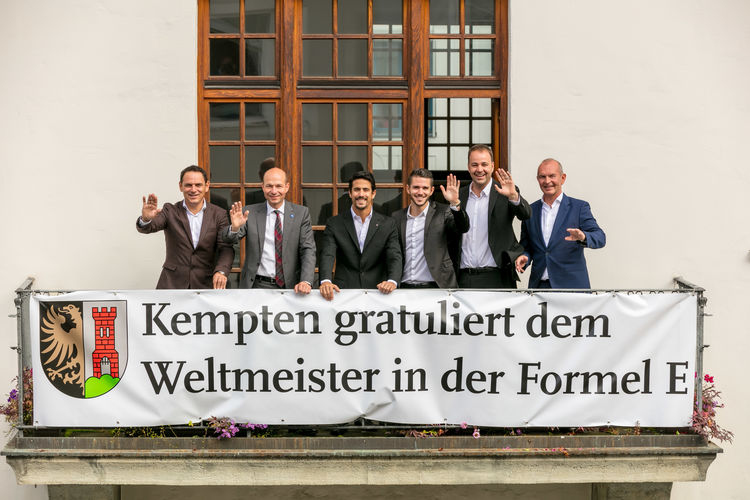 The city of Kempten welcomed Lucas di Grassi, Daniel Abt and the entire team Audi Sport ABT Schaeffler

A special honor for Lucas di Grassi, his teammate Daniel Abt and the entire squad of Audi Sport ABT Schaeffler: At a reception at the city hall of ABT Sportsline’s hometown, all team members were presented with the golden plaque of honor of the city of Kempten. Lucas di Grassi additionally entered his name in the city’s Golden Book. Lord Mayor Thomas Kiechle, who recognized the team’s success in a personal speech, had come up with a special idea for a gift. For the first time in decades, he opened the balcony of the city hall that was adorned with a large banner, for a belated championship celebration.