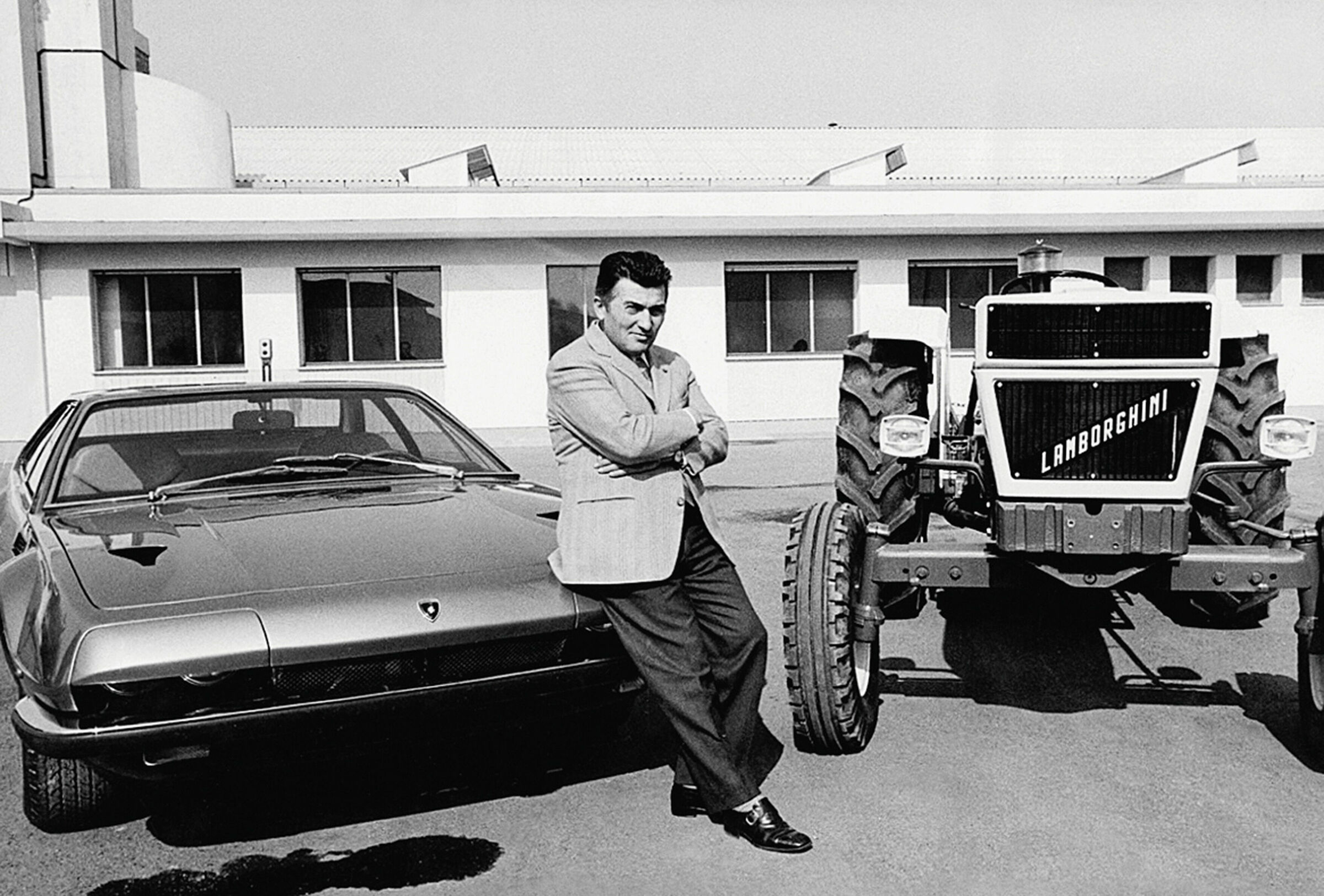 For nearly 60 years, the name Automobili Lamborghini has stood for exclusive and emotional super sports cars. After an eventful history, a new era is dawning with the company’s electrification strategy.

The luxury automobile manufacturer Lamborghini has been headquartered in Sant’Agata Bolognese, Emilia Romagna, Italy, since its founding in 1963 by Ferruccio Lamborghini. In 1964, Lamborghini delivered the first sports car with the raging bull emblem on the hood: the 350 GT. Strictly speaking, the first Lamborghini car was the 350 GTV a year before – but it remained a single prototype and was not roadworthy when first presented to the public.

In 1966, Lamborghini raised the eyebrows of the automotive world with the Miura. The sports coupé was the first in a tradition that was only rarely broken with throughout Lamborghini history of Spanish fighting bulls inspiring the names for the cars from Sant’Agata Bolognese. Some of the most well-known exceptions are the Countach (1974 to 1990), the Espada (1968 to 1978), and the extremely limited special model Sián, unveiled in 2019.

The brand is known for emotional two seaters, but 1968 marked the first time that four occupants could find space in a Lamborghini: the coupé Espada, naturally equipped with a V12 engine, was the first exception alongside the LM002, the only off-road Lamborghini at the time. Lamborghini did not break again with its 2-seat tradition until 2018, when its its 5-door SUV Urus rolled of the production line.

But it is and remains the sports cars with V12 aspirated engines that enthuse the generations. The Diablo followed the Miura and the Countach in 1990. Audi acquired the sports car manufacturer in 1998, respecting the brand’s culture and spirit and placing Lamborghini on the road to success. But sadly, Ferruccio Lamborghini would not witness the revitalization of his brand; he died in 1993. The first sports car developed under Audi’s aegis is the Murciélago in 2001.

The Aventador replaced the Murciélago in 2011. Current production includes also the sports car Huracán and the Urus, the world’s first super SUV. The Aventador, at the end of its production in 2022, is powered by a 6.5-liter aspirated V12 engine and generates a power output of 700 and 770 PS, depending on the model. The Huracán also runs on an aspirated engine – with 5.2 liters of displacement and firing on ten cylinders. It generates a power output of 580 and 640 PS and is the brand’s only production model that comes optionally with rear-wheel drive. New on the market in 2018, the Urus is powered by a 4.0-liter twin-turbocharged V8 engine with 650 PS.

The electrification strategy “Direzione Cor Tauri” (named in acknowledgment of the brightest star in the constellation of Taurus) has set Automobili Lamborghini on a course for a new era. The first hybrid model will be launched in 2023, and the entire range will be electrified by the end of 2024.