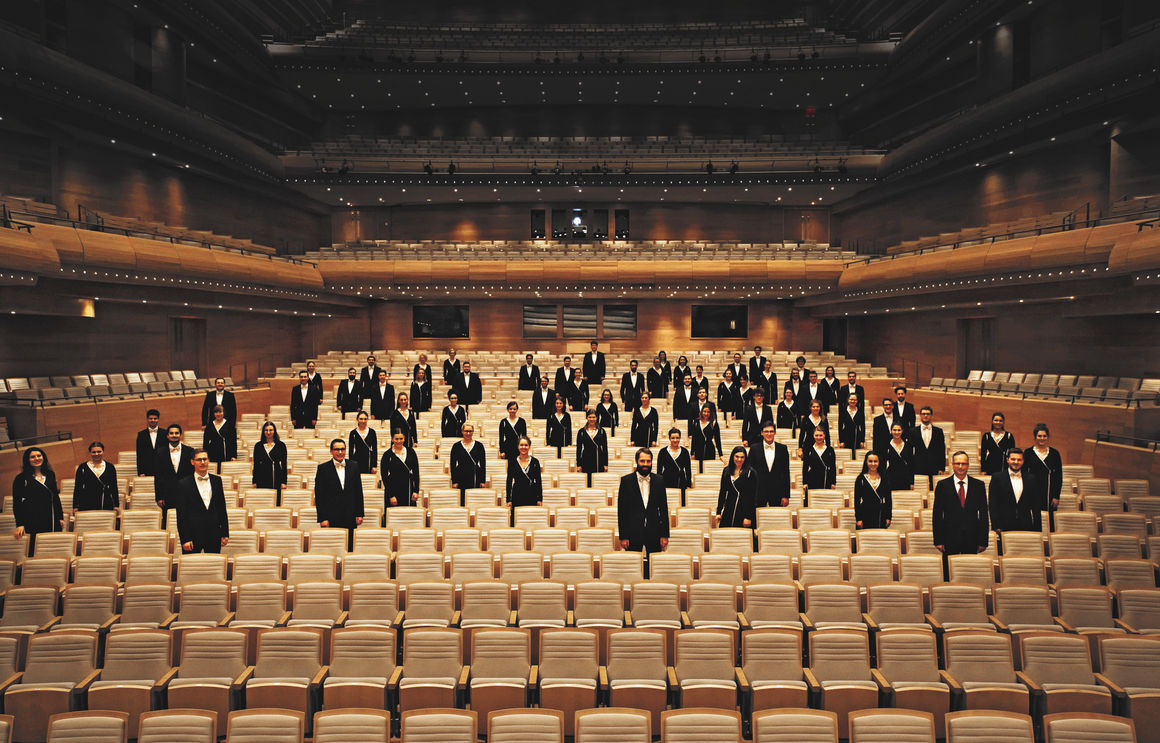 The Audi Young Persons’ Choral Academy was founded in 2007 by AUDI AG as part of its cultural commitment Audi ArtExperience.
This ambitious project offers young singers the opportunity to gain singing and choral experience under professional supervision. The 16 to 27-year-olds are prepared for the respective concerts in rehearsal phases lasting several days. Among the highlights in concert history to date are the performance for Pope Benedict XVI in 2011, the participation in the Vorsprung-Festival as part of the Audi Summer Concerts in the years 2014 - 2016 under the direction of Kent Nagano and the world premiere of J. Widmann's "Arche" at the Elbphilharmonie in January 2017, as well as concert tours to Taiwan, Italy and most recently Canada. Once a year, auditions are held at various locations in Germany where those interested can qualify to participate in the choir. Currently the members of the choir come from all over Germany and Austria. Since the beginning of 2017, the Audi Young Persons’ Choral Academy is promoted by the Jugendchorakademie e.V., a non-profit association.