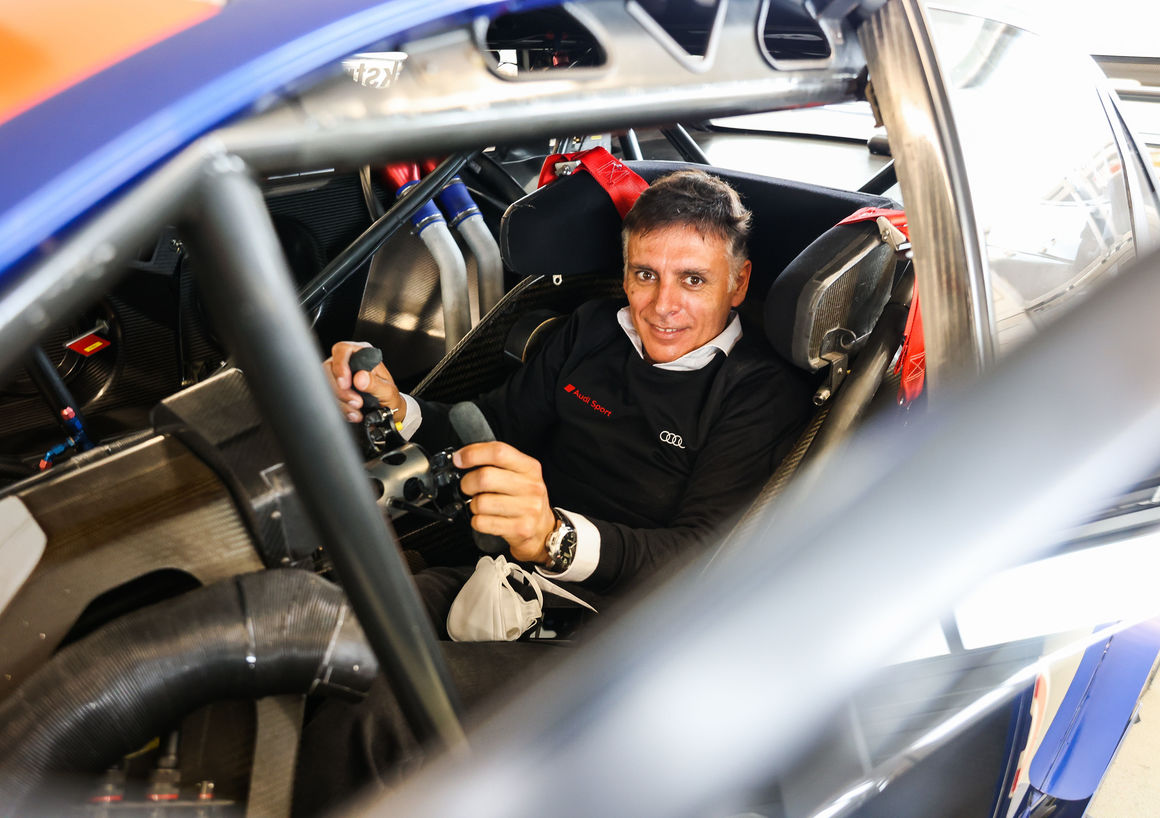 Lucas Cruz has won the Dakar Rally as a co-driver three times so far. Each time, the Spaniard worked alongside Carlos Sainz. The Spanish duo has been contesting rally raids together for twelve years now.

For Lucas Cruz, understanding and trust are crucial to the success of a driver and co-driver in rally raids. “There is always high tension in the cockpit at these marathons, because just a small mistake by either of us can lead to major damage,” explains Lucas Cruz. This high tension sometimes leads to friction between the driver and co-driver: “We often have to decide within milliseconds which route to take. Sometimes things go wrong and that naturally causes stress. But, fundamentally, we have a good balance with each other and always find our way back to each other.”

Carlos Sainz confirms to his co-driver: “Outsiders can’t imagine what it’s like in a rally car on some stages. That makes it all the more important for the driver and co-driver to maintain their relationship outside the cockpit.” Mistakes are part of life everywhere, adds Sainz. “When mistakes happen, we have to be able to quickly turn a new page afterwards, especially in a rally car. We always have to keep on working and fighting to the end.”

Despite some stressful moments: “Working with Carlos is a pleasure.” At least for Lucas Cruz, since he took over the job of navigator alongside Sainz in mid-2009. “Carlos is more of a friend than a colleague to me,” says Cruz. He compares their relationship, which has grown over so many years, to that of an old married couple: “You usually know exactly what’s going on in the other person’s head at any given moment.”

During a rally like the Dakar, the driver and co-driver do their job for long stretches as if they were one person. “The co-driver looks at the screen and explains the route and track to the driver. The driver looks ahead and literally follows these instructions blindly in the usually dense dust,” says Lucas Cruz, describing their day-to-day work.

And how does he experience Carlos Sainz next to him in the cockpit? “Inspiring, because he is always full of passion at the wheel, but nevertheless always remains very calm and relaxed,” Cruz answers. Particularly important for him: “If I need time to analyze and figure out the best solution, Carlos understands that and trusts me.”

Cruz says there is another thing that particularly distinguishes his helmsman: “Carlos is a super-professional motorsport participant. His goal is always excellence. At all times, he tries to get the best out of himself, his co-driver, his car, his team, everything.” Carlos Sainz, he says, always demands that everyone involved gives their best, everywhere. Always with one focus: to win.

Lucas Cruz is also excited about winning rally marathons, especially the Dakar classic. But, he’s also enormously excited about the technology: “It’s great that Audi is the first manufacturer to use the electric drivetrain at the Dakar Really, the world’s toughest car event, Because electric technology is the future of mobility.”

Lucas Cruz is particularly looking forward to getting to know this new technology for himself. “The co-drivers will train intensively at Audi during the preparation for the 2022 Dakar Rally, learning to fix possible problems with the electric drivetrain in or on the car ourselves during the race. If you have to wait for repairs until a service truck comes to the rescue, you will rapidly be losing time.” In an emergency, the co-driver is the first and often the most important mechanic.

In terms of fitness, the person in the right-hand seat of a Dakar rally car has to be just as up to speed as the one in the driver’s seat. “To cope with the heat, the dust and, above all, the vibrations on the tough tracks, you need to be in excellent shape,” says 46-year-old Cruz.

That’s why the Spaniard will continue to travel from his home near Barcelona to Madrid to train with Carlos Sainz before the upcoming Dakar Rally. Because, Lucas Cruz is convinced: “Even at the age of 59, Carlos is a benchmark worldwide in terms of motivation and passion.”

The two met in 1994, when Carlos was in charge of a project to promote young Spanish rally drivers. “I was one of the participants,” Lucas Cruz reports. It was the time when ‘El Matador’ was one of the leading drivers in the World Rally Championship. Carlos Sainz has long since also called his co-driver a “friend”. Because: “I really trust Lucas and like him a lot.”

Career as a co-driver: