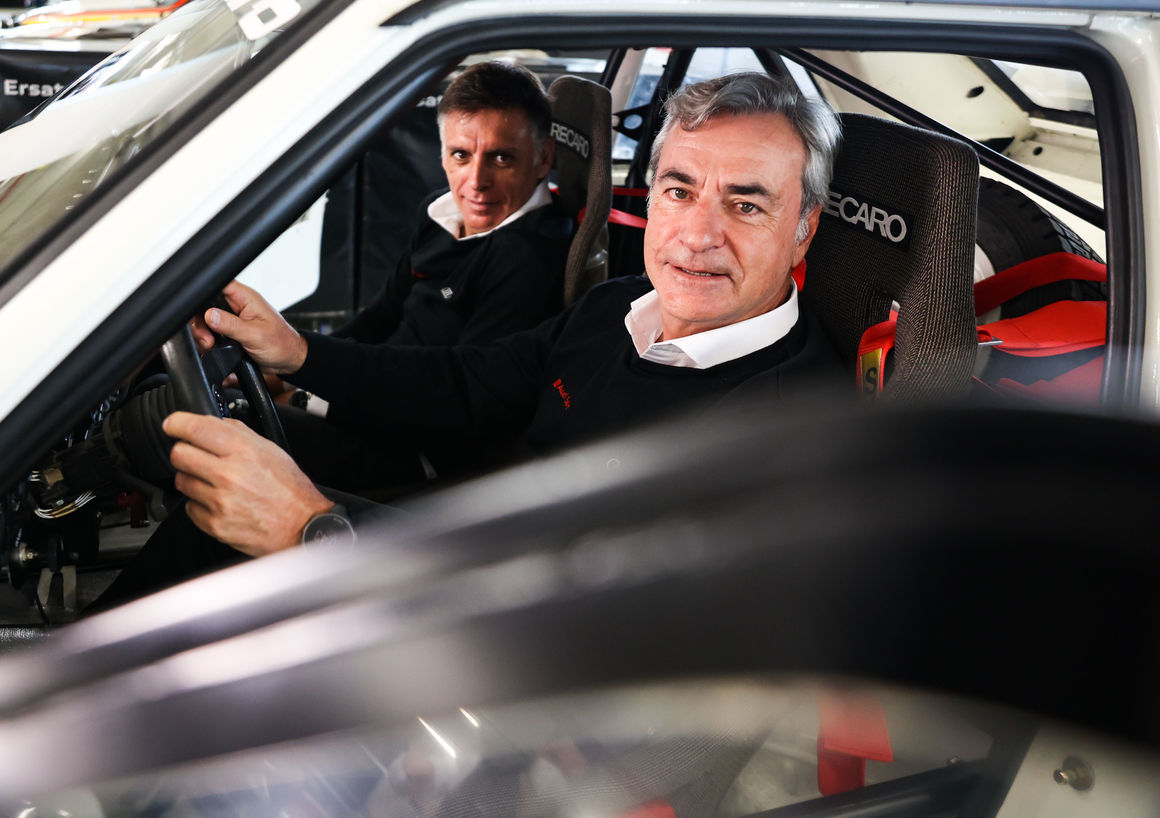 Carlos Sainz is the ‘grand seigneur’ of international rallying. The Spaniard has been active at the wheel for over 40 years. Sainz has won the Dakar Rally three times, is a two-time World Rally champion and also won the World Cup of cross-country rallies once.

Standing still is not an option for Carlos Sainz. “Even right after a Dakar Rally, I already need to get moving again after a few days of rest.” Then he is off again on the bike at home in Madrid. And always flat out. “Despite my matured age, I still race and do everything else I enjoy with passion.”

Carlos Sainz is 59 years old. Asked about this, he grins and says, “I’m still hungry”. And adds emphatically: “If I wasn’t, I wouldn’t accept this challenge that is very important to me: To try to win the Dakar Rally with Audi. It’s a new, fantastic and very challenging project.”

Challenges, that’s what Carlos Sainz’s life has been about from the start: “Challenges drive you. They make your brain work. To think about what you need to do to achieve your dreams.”

That’s why Sainz stopped studying law after two years. Driving a rally with all his might, that was and remained his big thing. He’s been doing that now since 1980, when he turned 18. “And it’s still a dream come true that I can still do what I love most professionally: drive a car,” he assures.

Carlos Sainz was a champion even before he won his first title on four wheels. “In 1979, I became the first Spanish champion in squash,” he notes. “If there is one sport that’s good for motorsport athletes, it’s squash: you have to be very fit, have fast reflexes, good coordination, good all-round vision and be quick in your thinking.” He still swings a racket regularly today. Sainz also enjoys playing tennis and golf very much and very well.

Carlos Sainz has worked and won for many car manufacturers. “But, being part of Audi today really means a lot to me,” he says. His road to the collaboration with the brand with the four rings, which started in 2021, was a long one. “I was a young rally driver and a total fan when Audi entered with its quattro in the early 1980s and became World Rally champions very quickly with this new technology of permanent all-wheel drive, setting new standards.”

Carlos Sainz sees Audi’s new Dakar project as a similar pioneering act: “Back then, they were the first with quattro, now they’re the first with an electric powertrain.” The three-time Dakar winner describes the prospects of Audi’s completely new involvement as follows: “Audi’s engineers have a lot of technical freedom at the Dakar Rally. There, they can design their car much more freely in many areas when compared to many other, significantly more restrictive motorsport championships.”

Sainz was and is a driver with a special understanding of refining newly designed race cars. “I have full confidence in the Audi engineers and try to help them with my experience to develop a fast and successful car.”

Carlos Sainz considers his additional new driving task in the Extreme E off-road racing series, introduced in 2021, to be little comparable with the Dakar stages: “In Extreme E, you drive for about 80 kilometers during a weekend, at the Dakar Rally it is almost 800 kilometers a day for two weeks.”

“You should never underestimate the Dakar Rally,” says Carlos Sainz. “It is very, very tough.” For man and machine, as the Spaniard emphasizes: “You have to be prepared to the maximum in every respect. And you definitely have to stay patient. Because the smallest of mistakes, whether in driving or mechanically, will results in lost time, usually a lot of time. In any case, it’s very, very difficult to make up for lost time in the Dakar Rally.” Sainz has experienced this himself in many Dakar events.

“My father impresses me a lot. He is still very active.” That’s what Carlos Sainz jr says. The son of the Spanish rally legend is a motorsport enthusiast himself and has been racing in Formula 1 since 2015. “What you see of me there today is in many ways what I learned from my father,” he admits. Sainz junior offers another interesting insight into family life: “As a child, I wasn’t even aware of how successful and how big my father is in motorsport.”

The senior only wants to decide for himself whether to stop racing. Wife Reyes, who met Carlos Sainz at 18 and married him at 30, also accepts his big new challenge with Audi. “It makes me very proud to help Audi win the Dakar for the first time,” says Carlos Sainz. “And if I even manage to do that as a driver, then that will be my ultimate goal.”