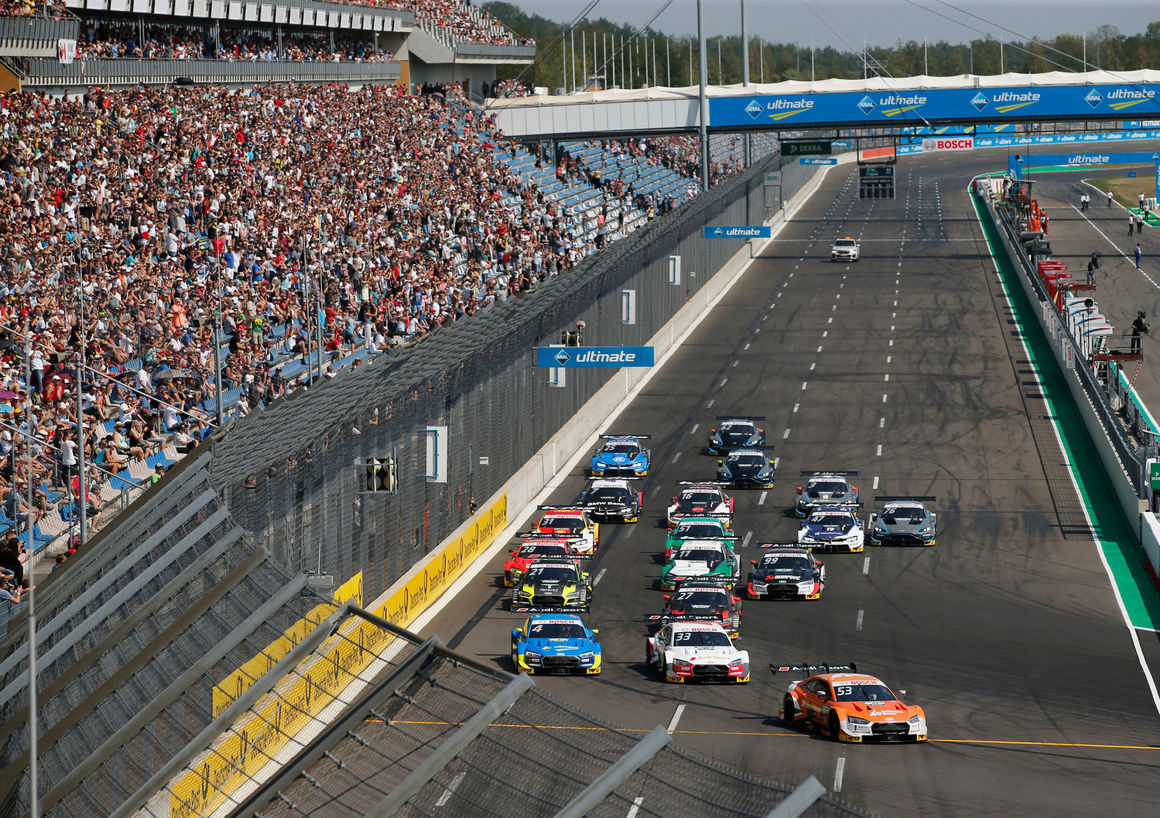 To the DTM title with TFSI power at an accelerated pace: Audi secured an early win of the manufacturers’ championship in the popular touring car racing series at the Lausitzring and is thus the first champion in the new turbo era. Four races before the end of the season, the brand with the Four Rings sits in the top spot out of reach of its rivals.