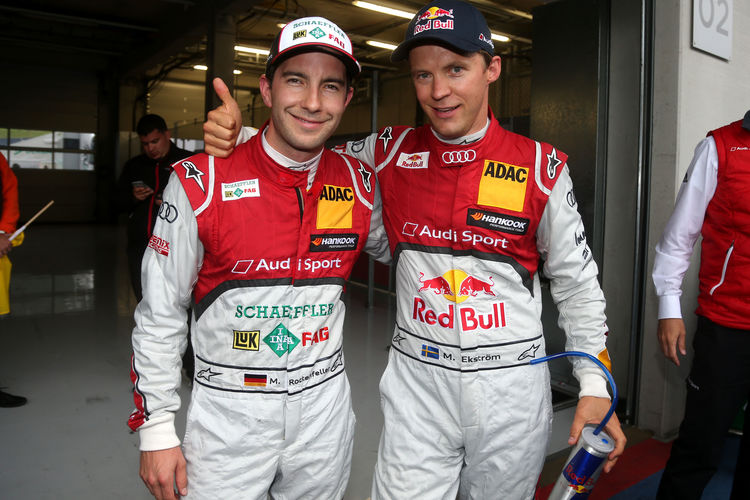 On a wet track, Audi locked out the front row of the grid again for the second DTM race at the Red Bull Ring at Spielberg (Austria), showing a strong overall performance.

Rain in the morning caused the warm-up practice to be stopped early. In qualifying, difficult conditions prevailed again, which two DTM Champions coped with best: Mattias Ekström and Mike Rockenfeller.

Both kept taking turns at the top of the timesheets before Mattias Ekström in the Red Bull Audi RS 5 DTM of Audi Sport Team Abt Sportsline secured the top spot on the grid on his last lap – for the first time since the 2012 DTM opening race at the Hockenheimring and for the 20th time in his DTM career.

“The conditions were very difficult,” said the Swede. “There was a lot of water on the track. Maybe, in the end, the fact that we extensively tested here in the rain before helped me a little.”

Mike Rockenfeller in the Schaeffler Audi RS 5 DTM of Audi Sport Team Phoenix was only five thousandths of a second slower than Ekström. Saturday’s winner Edoardo Mortara in the Castrol EDGE Audi RS 5 DTM secured position six on the grid.