Audi wins from 20th on the starting grid 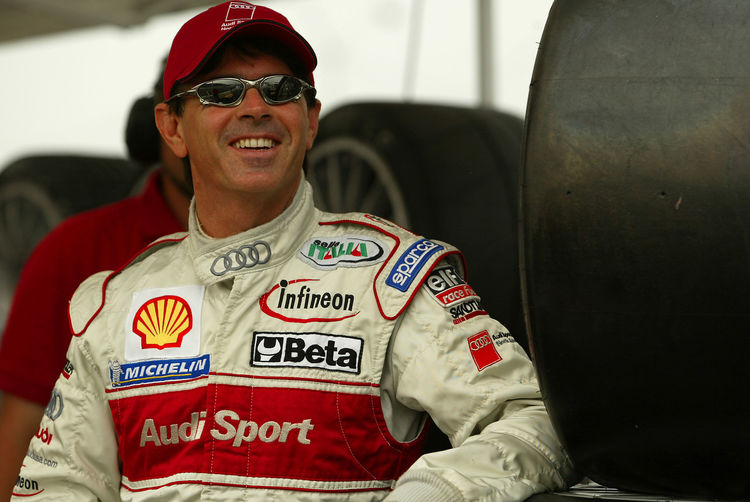 This is what you won´t see every day: Audi drivers Rinaldo Capello and Tom Kristensen drove to victory in round six of the American Le Mans Series (ALMS) in Trois-Rivières, Canada, despite starting from 20th position on the grid. Frank Biela/Emanuele Pirro and Johnny Herbert/Stefan Johansson completed a convincing Audi 1-2-3 victory finishing second and third.

On the short 1.5-mile but extremely demanding street circuit, the Audi R8 sportscars where a class of their own. In all practice sessions and during the entyre 3-hour race distance one of the three R8 cars was in front. In the opening stages of the race, Tom Kristensen needed just 25 laps to move from 20th on the grid to second position behind Emanuele Pirro. And despite Johnny Herbert being hit at the start by a competitor, the Champion team had to change the rear bodywork and Herbert dropped to the back of the field, the Briton had moved into the top three again in the 2001-spec R8 after one third of the race.

Herbert and teammate Stefan Johansson had the chance to take the first victory of an Audi customer team in the ALMS. However, a stop-and-go-penalty cost Johansson a lap and sealed third position for the Champion team.

After that, the victory was decided between the two Infineon Audi R8 sportscars of Team Audi Sport North America. For a long time, Emanuele Pirro and Frank Biela looked like the winners. In the final stages of the race, however, the two Audi teams choose different strategies: While Biela made his final fuel stop without taking new tyres, Capello shortly afterwards profited from a caution period, using it for a “full service” including tyre change. With the new rubber, Capello recorded faster lap times and finally won thanks to the pit strategy.

Capello´s teammate Tom Kristensen defended his lead in the American Le Mans Series with his second victory of the season. Rinaldo Capello, however, is only two points behind.

Rinaldo Capello (Infineon Audi R8 #2): “This was a great race for us. Of course we were a bit lucky with the last caution period. Our crew was clever in the pit lane. They decided to change the tyres just at the right moment. This was the key to the race. After the restart I saw that Frank had problems with his tyres. He had to brake very early for Turn 1 so I could pass him there easily.”

Tom Kristensen (Infineon Audi R8 #2): “We proved we have worked hard on the setup in the short practice time. The grip level on the circuit made it still a big challenge, but I think we were the quickest during most of the race. To come in front from 20th with the excellent strategy is great team work. The decisive point for the victory was that we decided to change the tyres at the last yellow flag.”

Frank Biela (Infineon Audi R8 #1): “This is not a satisfying result for us. We had a good car but unfortunately we beat ourselves. To call the car in under green was not a very good decision. One lap later, we paid for it when the yellows came out. At the restart, I had pickup on my tyres. We had the same problem in Washington when we lost to Panoz. This time, the number 2 car reacted, they changed tyres under yellow without losing time. After the restart, Dindo was much faster until my tyres were clean again.”

Emanuele Pirro (Infineon Audi R8 #1): “I am really disappointed. In the last four races we were leading with a good gap and we lost three times because of caution periods or race circumstances. In this championship it pays off to be second when there is a yellow. When you are leading you always lose. This is hard to accept. We were fastest here in all the sessions and we were leading the race. We lost again because of yellow flags. This hurts.”

Johnny Herbert (ADT Champion Audi R8 #38): “It was a good race, just a shame that another car ran into me at the start. I managed to get back into second position and led briefly. In the end Stefan was unfortunate, we lost a possible victory. We still finished third which is a good result. However, it was not so good for me that Tom and Dindo were the winners which gave them points for the championship I needed.”

Stefan Johansson (ADT Champion Audi R8 #38): “It´s a shame. When I took over from Johnny there must have been a form of miscommunication with my pit crew which put me right to the back of the field. When the race went green there was another one, when I was told a lap too early that the race would restart, so I passed about three cars. I let them pass again but they still gave me a stop-and-go.”

Ralf Jüttner, Technical Director Team Audi Sport North America: “That was a thrilling race with a successful end for us. After a few lead changes our number 2 car was more fortunate. They used the last full course yellow to take new tyres. The restart probably decided the race, because Frank had too many pickup on his used tyres behind the safety car. In retrospect I probably would have voted against the fact that one of our cars stayed out on used tyres, because this is the second time we had a bad experience with the pickup.”

Dr Wolfgang Ullrich, Head of Audi Sport: “This was an outstanding performance, to start from 20th position on the grid and to win the race. Tom and Dindo did an extremely good job and the team performed great pit stops. Our number 1 car was a little unlucky, especially with the last caution period. Every decision has to be made immediately and it cannot be canceled. In retrospect the decision not to change the tyres on Frank"s car is arguable. Anyway: We can be proud of this result.”