Skip to content
We are using cookies for a better user experience.
10/29/18
Neuburg a. d. Donau
Sports 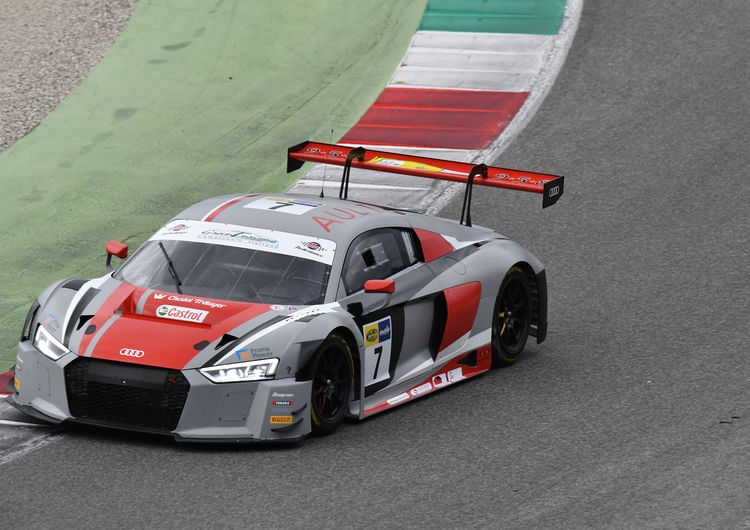 Podium and victory in Italy: On claiming victory in the Audi R8 LMS of Audi Sport Italia, Bar Baruch and Benoît Tréluyer pulled off a strong close of the season in the Italian GT Championship. In the finale at Mugello, the Audi duo in round one advanced from seventh on the grid to third position. In round two, Baruch and Tréluyer, who had started from fifth, even took victory with a 5.239-second advantage. As a result, a remarkable maiden season with Audi came to an end for Baruch: Following four wins and four third places with changing teammates, he achieved third place in the championship. No other competitor scored more victories in the course of the season.

Two victories in Australia: The customer teams from Audi Sport dominated the fourth race weekend of the GT-1 Australia in Sydney. Vince Muriti in an Audi R8 LMS ultra won the first race of the club sport series. Theo Koundouris, who was driving an Audi R8 LMS, in third position, mounted the podium as well. In race two, the customers even celebrated a 1-2-3 result: Nick Kelly won ahead of Theo Koundouris and Rio Nugara.

Podium in Thailand: Team B-Quik Racing finished the 2018 season in the Thailand Super Series with its best result. Australian Daniel Bilski and Swiss Audi Sport driver Rahel Frey in an Audi R8 LMS ultra of the team achieved second place in race one on the circuit of Buriram.

Class victory in Brazil: In the Endurance Brasil racing series, the Audi RS 3 LMS remains on course for success. Henry Visconde/João C. Andrade won their class on the circuit of Velopark on the sixth race weekend. Following his successes in round two at Interlagos and in the third event at Tarumã, Visconde, who races with varying teammates, celebrated his third class win. In addition, he claimed two second places for Team MC Tubarão in an Audi RS 3 LMS this year.

Second place in Portugal: Francisco Carvalho returned from the TCR Portugal season’s finale with a winners’ trophy. On the fourth race weekend at Portimão, the privateer in an Audi RS 3 LMS from Veloso Motorsport finished race one runner-up, clinching his fifth podium this season after two second and two third places respectively. In race two, a podium went to an Audi Sport customer racing team as well: Gustavo Moura/Telmo Gomes in an Audi RS 3 LMS from Speedy Motorsport came third.