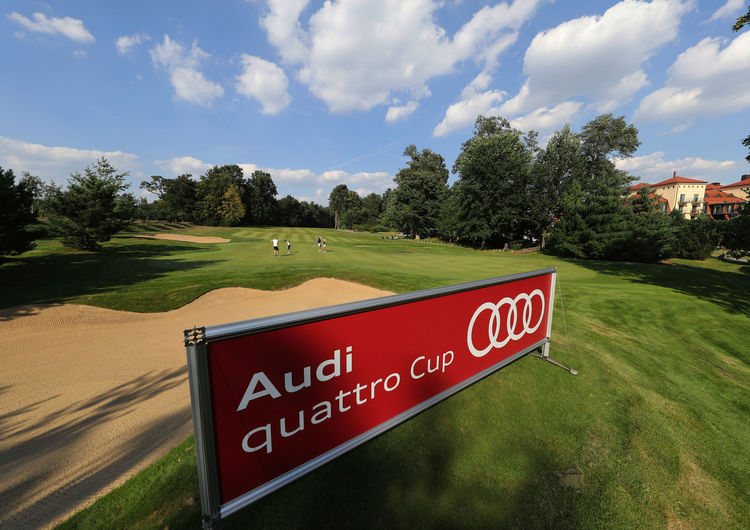 Like Audi, golf fascinates with precision and technical accomplishment. That is why the premium manufacturer in 2017 again supports an extensive program for professional and amateur golfers. The 27th edition of the global Audi quattro Cup and the presentation of the KRAMSKI Deutsche Golf Liga (DGL) are the highlights of the season.

For the second consecutive time, Audi partners with the DGL, the platform for team golf in Germany. Following five match days a Final Four of the best four teams of the first league (1. Bundesliga) is held. The opener of the North and South leagues will take place on May 7 and the Final Four will be hosted by Kölner Golfclub (Cologne Golf Club) this year from August 19 to 20. The organizers are expecting more than 3,000 spectators to attend the showdown at which Audi will be presenting a “Fastest Drive Action.” In addition, each of the 2017 German team champions (women and men) will be provided with a current Audi model for one year.

Inseparably linked with the brand is the Audi quattro Cup. Since 1991, far more than a million amateur golfers have participated in the tournaments held as “foursomes with selected drive” at the invitation of regional Audi partners. This year, the participants will be playing the German finale in Bad Saarow from August 28 to September 1. The winners from all nations are going to meet for the world finale at the Quivira Golf Club (Mexico) from December 1 to 6. The Audi Ladies Cup played at 120 golf clubs has been the equivalent tournament for female golfers since 1995.

Audi is the Premium Partner this year again of Hartl Resort Bad Griesbach where the guests have been playing their rounds at the Audi Golf Course since 2015. In addition, close partnerships exist with Golf Club Ingolstadt and Wittelsbacher Golf Club as well as the Golf Festival Kitzbühel. In the “Streif Attack” event to be held there on June 22, the participants will have to master twelve holes along the legendary Hahnenkamm downhill ski run.