{{ activeItem() }}
Twitter
06/18/21
Innovators for change. As a founding partner of @Greentech_Fest, we are joining forces to share our vision of how w… https://t.co/Vkvur2nRJB
06/18/21
We think the best answer to your question is already in the picture 😉 https://t.co/HgBweW1YrF
06/18/21
The URBANFILTER project: The Audi Environmental Foundation and the @TUBerlin are developing filters for urban runof… https://t.co/7vCL1ywjaj
06/18/21
GREENTECH FESTIVAL 2021: At this year's @greentech_fest Audi demonstrated that its products, processes, and materia… https://t.co/cozgahGQcz
Audi on Twitter
YouTube
06/07/21 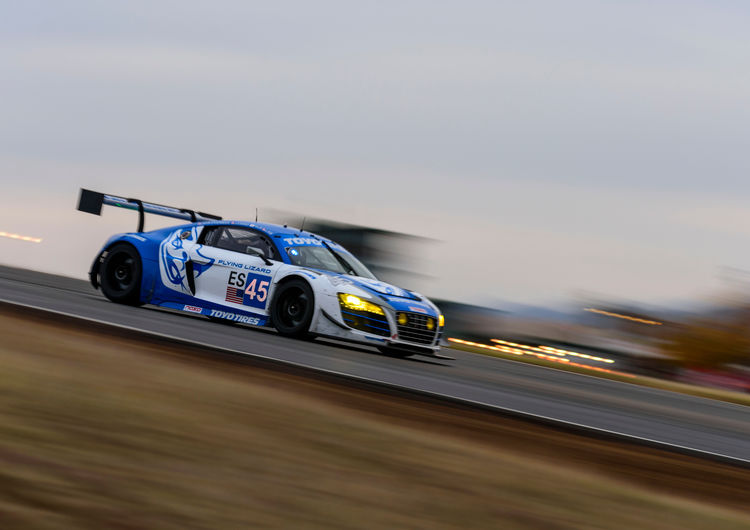 An Audi customer racing team triumphs in the USA in the longest endurance race of the year.

Prestigious victory for Flying Lizard Motorsports: the US American Audi customer team won the NASA 25 Hours of Thunderhill in Willows, California. Guy Cosmo, Tomonobu Fujii, Darren Law and Johannes van Overbeek shared driving duties in the victorious Audi R8 LMS ultra. The key to success in the marathon staged almost 200 kilometers north of San Francisco were the consistently good lap times set by the driver quartet in the GT racecar with start number 45. The R8 LMS ultra was in a league of its own. Flying Lizard Motorsports took the lead early in the race. Between sunset and sunrise, the squad built up a 20-lap lead, which grew to 35 laps by the checkered flag.

Spectacular outing for Timo Scheider: the Audi DTM driver competed in the star-studded snowmobile race Formula Snow at the weekend in Saalbach Hinterglemm (A). In the chase through Hinterglemm town center, Scheider and his team mates competed against professional Skidoo riders and enjoyed a turbulent race. Due to technical problems, the snowmobile fielded by Scheider’s team initially ran in last place. He took the lead following a frantic fightback before a collision just before the finish meant fourth place. The two-time DTM Champion, who win the race last year, found himself in illustrious company: in addition to many snowmobile professionals, ex-model Heather Mills, singer Rea Garvey and former Baywatch babe Pamela Anderson dared to ride the snowmobile.

The two-stage evaluation process held at Vallelunga, Italy for the Audi Sport TT Cup 2016 finished successfully. On the race track in Campagnano di Roma, the best of the 125 applicants from 36 nations demonstrated their abilities. In the second season of Audi’s one-make cup, 20 cockpits are available for the budding international talents. The selection of the driver field is made according to a detailed analysis of their performances on and off the track. In addition to driving skills, the applicants must also demonstrate their rhetorical skills in front of the Cup personnel.

Former Audi driver Tom Kristensen is the new president of the FIA Drivers’ Commission. The Dane has previously been vice president and is taking over his new position from three-time Formula One World Champion Emerson Fittipaldi. The commission of the Fédération Internationale de l’Automobile has been in existence since 2012 and consists of twelve members, including Kristensen’s former Audi driver colleague Emanuele Pirro. The commission represents the interests of race drivers in all motorsport disciplines.

Two Audi drivers were involved in the ‘Swiss Car of the Year’ voting conducted by the ‘Schweizer Illustrierte’ magazine. GT3 driver Rahel Frey, who in the Audi R8 LMS won a race each in Korea and Germany this year, was one of the 14 members of an expert judging team. Nico Müller, DTM driver and winner of the Nürburgring 24 Hours with Audi, was part of a VIP jury. Both attended the awards ceremony at the gala event held in Safenwil in the canton of Aargau on Wednesday. In the readers’ choice voting of the general-interest magazine, the Audi Q7* took first place in the ‘Favorite Car of the Swiss’ category.

Ekström cheered on at kart race in Colombia

Mattias Ekström has no desire to stop for the winter. The Audi DTM driver accepted an invitation from ex-Formula 1 driver Juan Pablo Montoya to compete in a kart race in the Colombian capital city Bogotá and finished fourth in the main race. “Even though it wasn’t enough for a trophy, it was a great experience to be here in Colombia,” said Ekström. “The culture and people are fantastic. Thanks to Juan Pablo for the invitation.” In addition to Ekström, the many fans around the track situated about 2,600 meters above sea level cheered on many other motorsport greats – including Hélio Castroneves and Travis Pastrana. Fittingly, the organizer Montoya won the event.

Marcel Fässler, André Lotterer and Benoît Tréluyer as the runners-up in the FIA World Endurance Championship (WEC) received their trophies in Paris. On Friday, the three Audi drivers attended the gala event at which the FIA honored all the prize winners. In 2012, the driver trio won the first-ever FIA WEC title, was the second-best driver squad in 2013, 2014 and 2015, plus, with ten individual victories clinched in 32 races, is leading the list of the most successful driver pairings by a large margin. In 2015, they were the only team to mount the podium in all eight FIA WEC events.

Audi driver Marcel Fässler was a guest at a book preview event in his native Switzerland on Wednesday. At the Speedy Garage in Romanel-sur-Lausanne not far from Lake Geneva, a team of authors presented the ‘Les Suisses au Mans 2015’ yearbook. Christian Borel, Mario Luini, Gérard Vallat, Benoît Wyder and Jean-Marie Wyder have now published an amazing tenth volume of the series. The current work presents the 2015 Le Mans 24 Hours as well as historic topics of the French endurance race on 384 pages.

The fans of Germany’s major motorsport trade fair met with Audi’s DTM stars this weekend. Jamie Green, the runner-up in the 2015 championship season, and Edoardo Mortara, who finished in fourth place overall, signed numerous autographs at the Essen Motor Show and talked about their season in interviews. The two drivers were guests at the trade fair booths of the DTM and tire manufacturer Hankook on Saturday and Sunday.

Audi ambassador Allan McNish accompanied the Audi Q7* presentation in the South Chinese province Hainan on Thursday. To this end, the 2013 WEC World Champion travelled to a private island christened ‘Q7 Island’ for the occasion. The Scotsman explained the Q7 to the assembled selected media representatives and was on hand to give advice during the subsequent test drives.

The driver evaluation for the Audi Sport TT Cup 2016 is finished. The responsible personnel around Project Leader Rolf Michl are now spoilt for choice in the task of allocating the 20 permanent cockpits to the budding talents.

What’s your conclusion after the evaluation process?

Interest in the Audi Sport TT Cup 2016 is huge. We received 125 applications from 36 nations. The multitude of international candidates underlines the significance of the cup. We invited the most promising talents to a two-stage evaluation process and got a very good impression about their abilities both on and off the race track. From what we have seen, I am convinced that we will be in a position yet again to present a strong driver lineup.

What expectations do you have for the Audi Sport TT Cup 2016?

We aim to improve even further the very high level we saw last year. The fantastic performance of our starters in the premiere season was one reason why the Audi Sport TT Cup established itself on the racing scene immediately.

At this stage in time, I can confirm that the Audi Sport TT Cup will race alongside the DTM this coming year in Budapest and at Zandvoort. We have increased the number of permanent starters from 18 to 20, and have introduced a Rookie classification for new drivers up to the age of 20 in the TT Cup.

Promoting talent is of great importance in the Audi Sport TT Cup. Do the top three finished from the premier season already have any concrete plans?

Our Champion Jan Kisiel and second placed Nicolaj Møller Madsen are currently in close negotiations with GT3 teas from Audi Sport customer racing. As a result, they’ll probably remain a part of the Audi family and make their next career step in the GT3 arena. We are delighted that Dennis Marschall has decided to drive another year in the Audi Sport TT Cup.