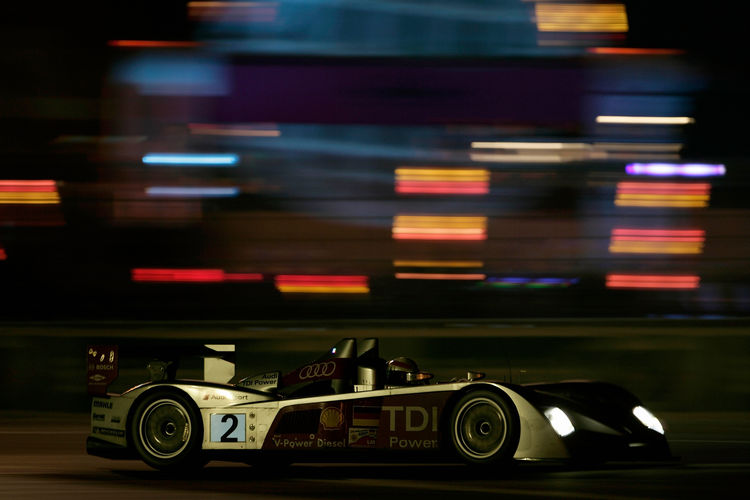 Audi Sport Team Joest has been setting the pace and increasing the lead in the 75th running of the Le Mans 24 Hours throughout the night. With consistently fast lap times, the two remaining Audi R10 TDI sports cars further and further increased their advantage over their rivals.

At 0735 hrs, however, the race of the leading Audi came to a premature end when Dindo Capello’s R10 TDI lost the left rear wheel under braking for “Indianapolis” causing the Italian spin off the track. The impact with the guard rails was heavy enough to extensively damage the front suspension of the R10 TDI making it impossible to rejoin the race.

What caused the rear wheel to come lose can only be analysed after the race when the technicians of Audi Sport are able to examine the car. Capello was in the middle of his second stint and already 54 minutes on the same set of tyres. This excludes a mistake at the pit-stop as a reason.

Audi continues to lead the Le Mans 24 Hours with the single remaining R10 TDI. Five hours before the end, the number 1 car had almost five laps advantage over the second placed Peugeot.

The squad of Frank Biela, Emanuele Pirro and Marco Werner, however, also had a scary moment on Sunday morning when a huge stone went through the front bodywork getting stuck in the front wheel arch. Changing the nose section and checking the suspension cost one lap.

Apart from that the 650-hp diesel sports car runs without technical problems since start of the race on Saturday at 3 p.m.

Additional excitement could be added to the closing stages of the race by the weather: After it stayed dry throughout the night and on Sunday morning, similar changing weather conditions are forecast as encountered at the beginning of the race.