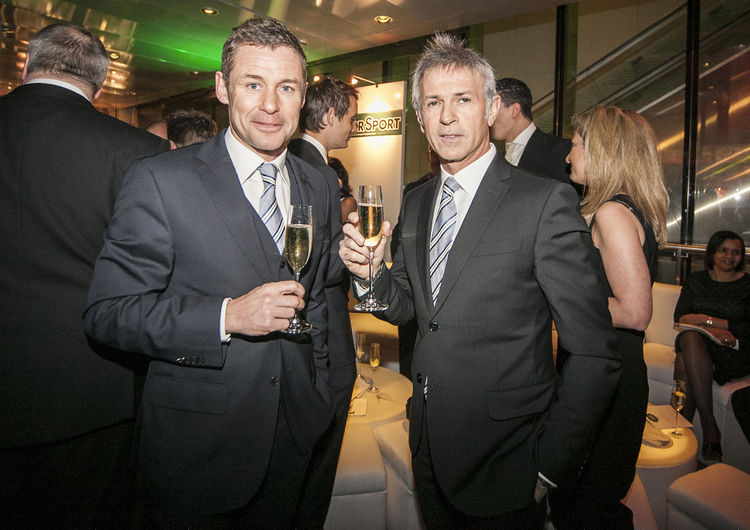 Tom Kristensen was inducted into the Hall of Fame on Monday. The UK Motor Sport magazine thus pays tribute to the most successful Le Mans racer of all time.
Download PDF (148 KB)
Facebook
Twitter
LinkedIn
WhatsApp

Accolade in London: Tom Kristensen was inducted into the Hall of Fame on Monday. The UK Motor Sport magazine thus pays tribute to the most successful Le Mans racer of all time.

Tom Kristensen has won the Le Mans 24 Hours eight times since 1997, having celebrated six of his successes with Audi. His motorsport career has now been recognized at the Royal Opera House in London. Since Monday, Tom Kristensen has been a new member of the Hall of Fame. The 45-year-old Dane has thus joined the ranks of racing legends Tazio Nuvolari, Enzo Ferrari, Juan Manuel Fangio, Stirling Moss, Jim Clark, Jackie Stewart, Ayrton Senna and Michael Schumacher.

“It's a great honour for me to receive this prestigious award from a magazine that is known around the world,” says the Audi driver. “Sports car endurance racing is a ‘team’ sport and I have been very fortunate to drive for the very best teams and to share a car with fantastic team-mates and so in this respect, this award is for them just as much as me.” In addition to the Dane, his Audi driver colleagues Allan McNish and Oliver Jarvis plus his former team-mate Dindo Capello attended the event. As race engineers, Leena Gade, Howden Haynes and Kyle Wilson-Clarke represented the operational side of Audi’s endurance racing program in London as well.

Tom Kristensen will have his first racing commitment in the 2013 season with the Audi R18 e-tron quattro at the 12-hour race at Sebring (Florida) on March 16. With six victories under his belt, the Dane is also the most successful driver of all time at the U.S. endurance classic.