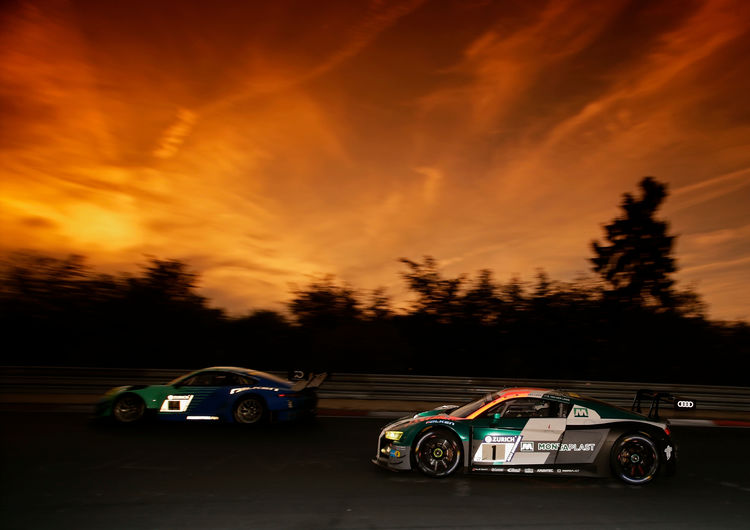 Audi clinched positions six and seven in the 46th running of the 24-hour race at the Nürburgring. After the iconic endurance race had to be interrupted for nearly two hours around noon on Sunday due to dense fog and heavy rainfalls, it was restarted 90 minutes before the end. In continuing adverse conditions, the two best-placed Audi teams defended their top-ten positions. Audi Sport Team Land (van der Linde/van der Linde/Mies/Rast) that was victorious last year took sixth place after 133 completed laps. With a gap of about one minute to their brand colleagues the Audi R8 LMS of the local heroes from Audi Sport Team Phoenix (Haase/Müller/Stippler/Vervisch) crossed the finish line in seventh position. Audi Sport Team BWT (Haase/Müller/Winkelhock/Rockenfeller) in twelfth place and BWT Mücke Motorsport (Fässler/Jöns/Kaffer/Mücke) in position 14 finished the race as well. Car number 15 from Car Collection Motorsport (Friedrich/Kaffer/de Leener/Trummer) took twentieth place. In the TCR class, the Audi RS 3 LMS from Bonk Motorsport (Bock/Bock/Partl/Piepmeyer) managed the leap onto the podium in third position.The other Audi R8 LMS from Car Collection (Aust/Bollrath/Saurenmann/Schmidt) finished in Position 56 as second best in Pro-Am class.