Skip to content
We are using cookies for a better user experience.
09/27/20
Neuburg a. d. Donau
Sport

Triple lead for Audi, race stopped due to rain 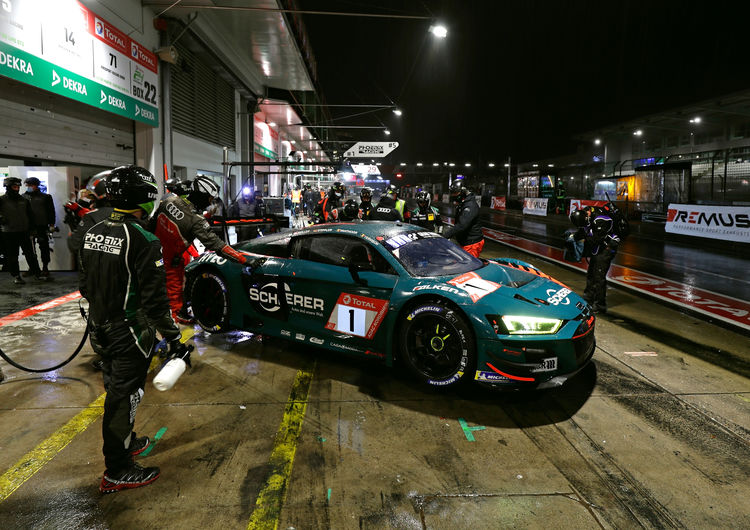 Heavy rain was the reason to interrupt the Nürburgring 24 Hours at 22:33 hrs with a red flag. A few minutes earlier, the Audi Sport customer racing teams had taken over the first three positions after an accident of the leading car. At the time of the stoppage, number 1 of Audi Sport Team Phoenix was in the lead, ahead of number 3 (Audi Sport Team Car Collection) and number 29 of Audi Sport Team Land. Starting number 5 – the Audi R8 LMS privately entered by Phoenix – remained in the top ten in seventh place. The other rankings: 19th place for number 7, 23rd place for number 11 and 45th place for number 15. It had been raining constantly at varying levels of intensity since the start of the race, but at the beginning of the eighth hour the conditions on the Nordschleife deteriorated drastically, so that for safety reasons the race director interrupted the race at least until seven in the morning for a new evaluation.