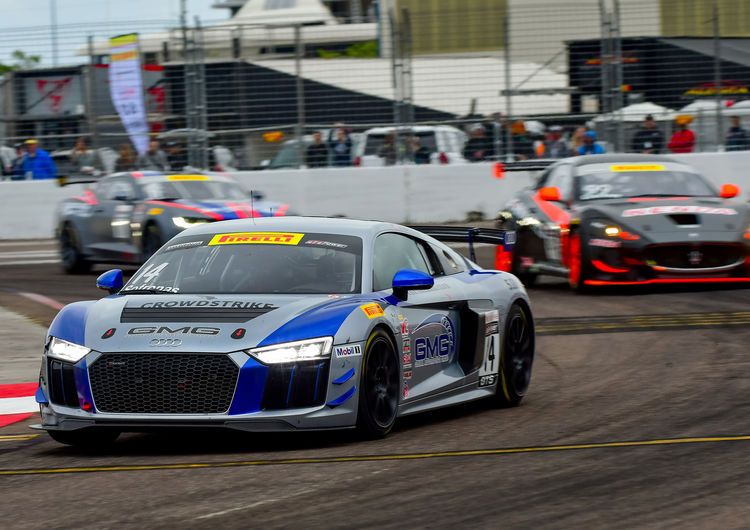 The new Audi R8 LMS GT4 enjoyed a successful debut in the Pirelli World Challenge during the season opener of the North American series on the streets of St. Petersburg, Florida. The second race of the GTS division saw James Sofronas finishing third overall in an Audi R8 LMS GT4 from GMG Racing, also taking third place in the professional classification. In the first heat, Mike Hedlund from Flying Lizard Motorsports finished second in the amateur class, whilst Jason Bell finished third in the professional class for M1 GT Racing – both were behind the wheel of Audi R8 LMS GT4 cars. In the top GT category for GT3 race cars, Parker Chase, driving an Audi R8 LMS from TruSpeed AutoSport, finished the second race with third place in the amateur class.