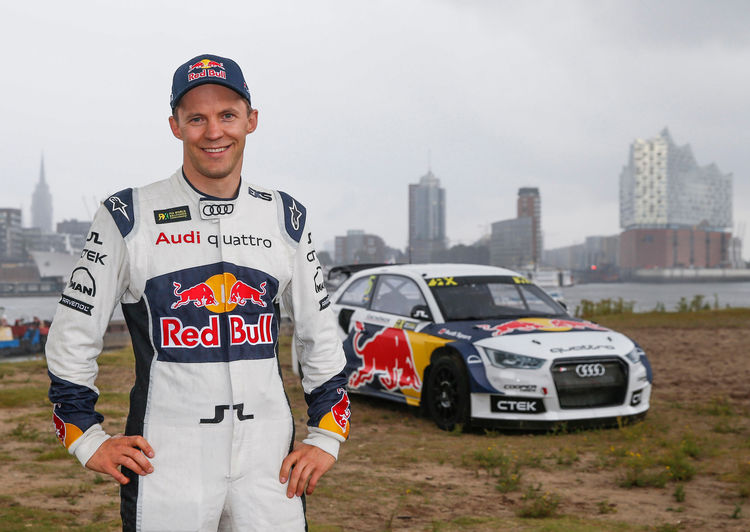 Mattias Ekström stopped in Hamburg with his EKS rallycross team. Before round eleven of the FIA World Rallycross Championship at the Estering on October 15 and 16, Ekström visited the northern German metropolis to attend a media day, thrilling countless onlookers, but not only them. Hamburg singer and actor Lotto King Karl was invited to sit in the passenger’s seat of the Audi S1 EKS RX quattro and did a few laps together with the Swede. The stadium announcer of the Bundesliga soccer club Hamburger SV was obviously enthralled by the 560-hp rallycross super car in which Ekström is aiming to secure an early World Championship title win this weekend.