Skip to content
We are using cookies for a better user experience.
06/06/21
Neuburg a. d. Donau
Sport 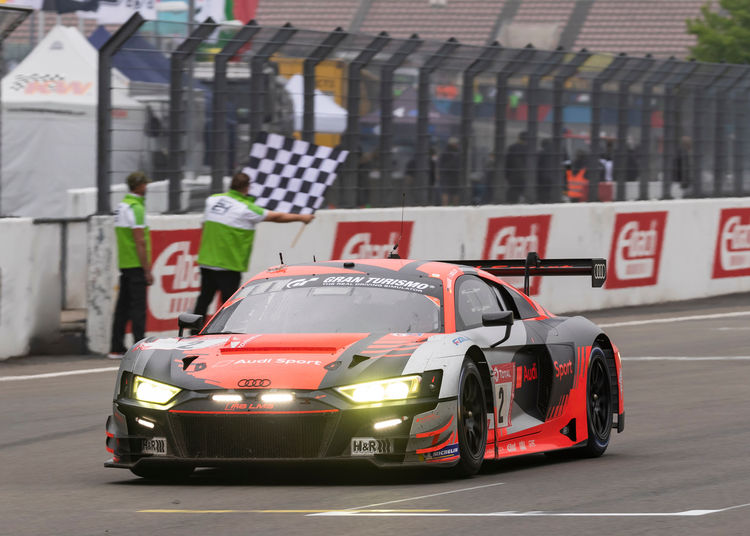 The 49th edition of the 24 Hours of Nürburgring goes down in the history of the Eifel endurance classic as the shortest race. After just over six hours of racing and 34 laps completed, the race control decided to wave the red flag and interrupt the competition. Poor visibility due to fog and wet sections at the track made it too risky to continue. The necessary break paralyzed the racing action at the Nürburgring, which had been turbulent up to that point, for over 14 hours. The race could not be resumed until Sunday morning. During the remaining three and a half hours of racing, the Audi drivers had to battle challenging track conditions again. In the end, it was Christopher Haase in the number 2 Audi R8 LMS from Audi Sport Team Car Collection who secured fifth place overall for the Audi squad on the final lap at the Nürburgring-Nordschleife. Before, the number 29 Audi Sport Team Land R8 LMS that had been in the most promising position for a long time had to retire after it spun. The second-best Audi R8 LMS with car number 5 was fielded by Team Phoenix Racing. Max Hofer, Vincent Kolb, Dennis Marschall, and Jan Erik Slooten drove the privately entered GT3 sports car to eleventh place overall and second place in the high-caliber Pro-Am class. The Giti Tire Motorsport by WS Racing team repeated its last year's success in the SP8 class with the Audi R8 LMS GT4.