Toomas “Topi” Heikkinen is not just a fast and successful race driver but also at the front of the field of upbeat personalities. There was one occasion, though, that put a damper on his spirits: a serious accident in 2012.

Heikkinnen is a perfect match for EKS. He has a zest for life, is open – and definitely not as reserved as some Finns. Perhaps that’s because he has two sisters and a brother or that, in spite of being only 26, he has seen a lot of the world. In 2012, during one of his many stops in the United States, he had a serious accident while practicing for the X Games in Los Angeles. Following a jump, the front of his car gets caught on the edge of the landing ramp and lands on the roof. Heikkinen is diagnosed with a comminuted fracture of his left ankle, plus numerous internal injuries.

Today, Heikkinen says that this accident may have been the most important experience in his career. A year later, he takes the X Games by storm. Two gold medals are the reward for hard work, including the victory in Munich achieved against Mattias Ekström, among others. The same year sees Heikkinen crowning himself champion in the young Global Rallycross Championship, which at that time is still part of the X Games. But Heikkinen is hungry for more and in 2014 switches to the newly formed FIA World Rallycross Championship in which he immediately finishes as the runner-up. In 2016, the pinnacle of his career to date follows: the teams’ world championship win with Mattias Ekström and EKS. His race engineer since 2014, Aleksi Koskinen, has a major part in this success. He is like a big brother for Heikkinen – someone who knows exactly what makes the race driver tick and can immediately tell when his fellow countryman has made a slip either on or off track.

Deeply rooted in his native soil, Heikkinen still lives in Joensuu in eastern Finland, where he was born and where he enjoys his dogs, unless there’s a Formula 1 race on TV. As a personal car, he drives an Audi A3, the perfect everyday car for him. “It has everything I need, comfort and enough room for my luggage,” says Heikkinen, adding with a smile, “But some day I wouldn’t mind an Audi RS 7 either.” 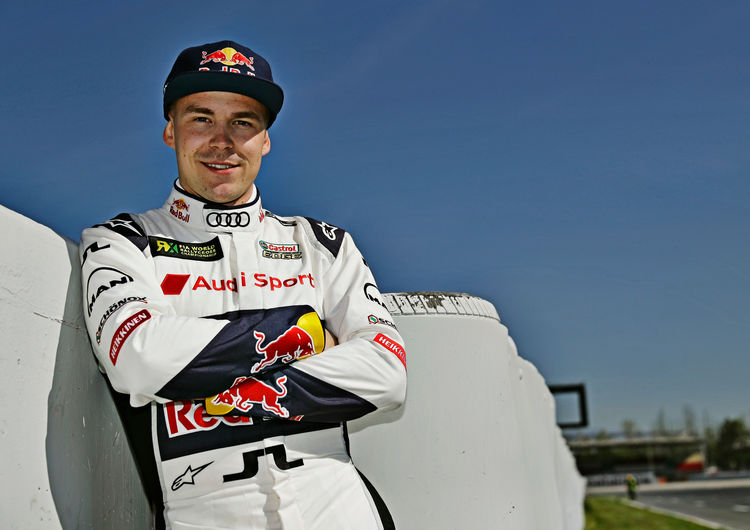