When Marcel Fässler arrived at Audi in 2010, he brought international experience from DTM, GT and LMP racing. However, he only made a real breakthrough in his career under the sign of the four rings. The Swiss driver demonstrated his abilities with three Le Mans victories and a World Champion title within just four years. He has been a steadfast element in the Audi Sport team for six years now.

“You can have a great party here in the evening,” said Marcel Fässler in his relaxed manner when he visited team mate André Lotterer in Tokyo for the first time some years ago while they savored the nightlife in the Japanese metropolis. The comment almost comes across like a joke. However, it was meant seriously, the pulsating Asian capital reflects a strong contrast to Fässler’s homeland. Born in 1976 in Einsiedeln in the Schwyz region, the racing driver has remained loyal to his rural home to this day.

With his wife Isabel and four daughters, the Audi driver lives in Gross, a district of the municipality Einsiedeln with around 1,000 residents. The picturesque idyll at Sihlsee embodies a piece of pure Switzerland. And as natural as his home is, Marcel Fässler has retained his authentic character. He is the first Swiss to have won the
24 Hours of Le Mans, and is the first automobile World Champion to come from the Alpine country. However, this success has not gone to his head. His family keeps him on the ground. At home, he is surrounded by a perfect training region. Canoeing on the Sihlsee, mountain bike tours through the wilds, crossing mountain passes on his racing bicycle, jogging on the mountain paths or cross country skiing along the trails, which pass his house – Marcel Fässler lives in the middle of a gigantic, natural sport arena.

“After the hectic and physical effort of a race weekend, it is important to recharge your batteries at home in peace,” says the professional athlete. “I can’t do this anywhere better than in my Swiss home together with my family.” 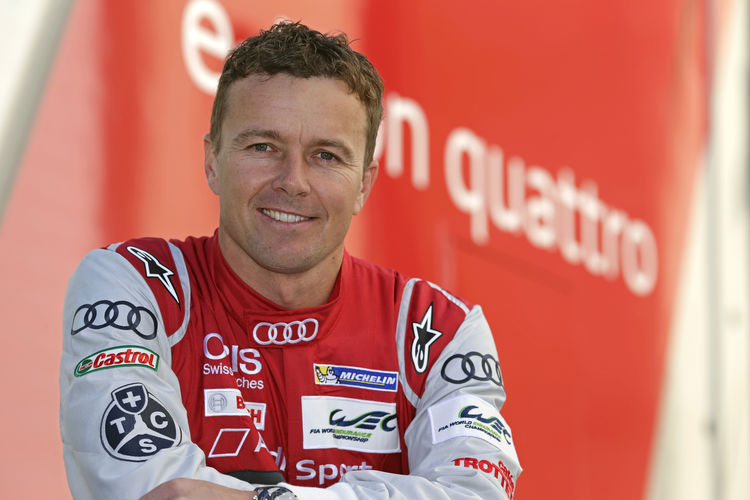