Edoardo Mortara #48: Man of the world

The entry in the 2015 DTM list says ‘Edoardo Mortara, Italy,’ although the Italian’s green-blue Castrol EDGE Audi RS 5 DTM could even feature a few other national flags, considering his ‘multicultiness.’

‘Edo’ was born in Geneva, Switzerland – as the son of a French mother and an Italian father, who is now living in Dubai in the United Arab Emirates where Mortara spends a lot of time as well.

Last summer, the DTM star married his Spanish fiancée Montserrat Retamal. And last but not least, Mortara owns a Japanese sushi restaurant together with friends in Geneva, Mortara’s main place of residence.

Following a strong rookie year in 2011, his first two victories in 2012, a difficult season in 2013, and returning to his old form after switching to Audi Sport Team Abt Sportsline last year, Mortara has now set his sights on the title. “After having been able to decide a few races in the DTM in one’s favor like I have, winning the Championship can be the only aim,” he says. His new race engineer, Franco Chiocchetti, who has experience from 14 years in the DTM under his belt, is to support him in this endeavor. “This is another factor that should help me reach my goals,” says Mortara.

Mortara is entering his fifth DTM season in car number ’48.’ “This number dates back to my days in karting,” the Italian recalls. “It brought me good luck back then – and I’m hoping it will do so again now.”

The world traveler has used the long winter break to perfectly prepare for the 2015 DTM. “During my vacation in Thailand, I was able to really unwind and recharge my batteries. In addition, I’ve obviously been training a lot and keeping fit.” After all, no less than 18 races are on the DTM calendar this season. “Two races per weekend – that’ll be strenuous for the mechanics too,” the Audi factory driver reckons. “But the new DTM format has been a very good decision and the way to go for everyone who loves motorsport. As a result, the race weekends and the show will become even more attractive.”

Due to the limitation imposed on testing Mortara has only been in the cockpit of the Audi RS 5 DTM once since the 2014 season finale. In his personal Audi RS 6 Avant which he’ll soon be swapping for an Audi A7 Sportback, he has covered a lot more kilometers. “As an Audi driver, I enjoy the privilege of being able to test all the models. The RS 6 is a fantastic car that unfortunately I can’t really drive flat-out in Switzerland.”

The opportunity to put the pedal to the metal will no doubt present itself on the race track, starting on the first weekend in May. That’s when the new DTM season and the chase for the champion’s title begins at Hockenheim. 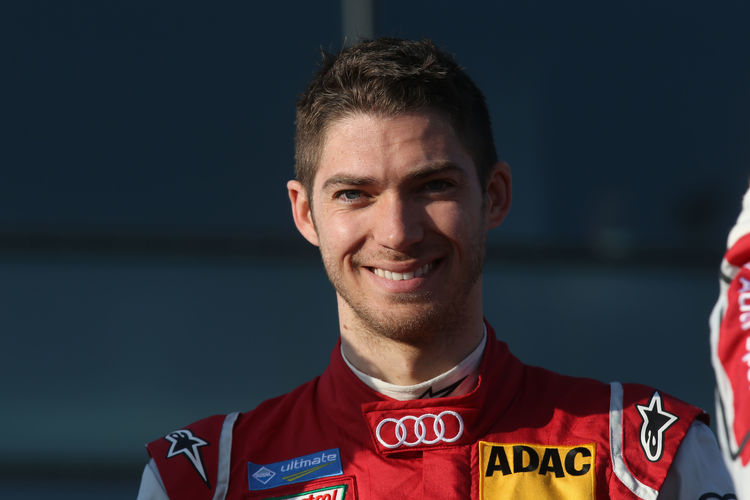