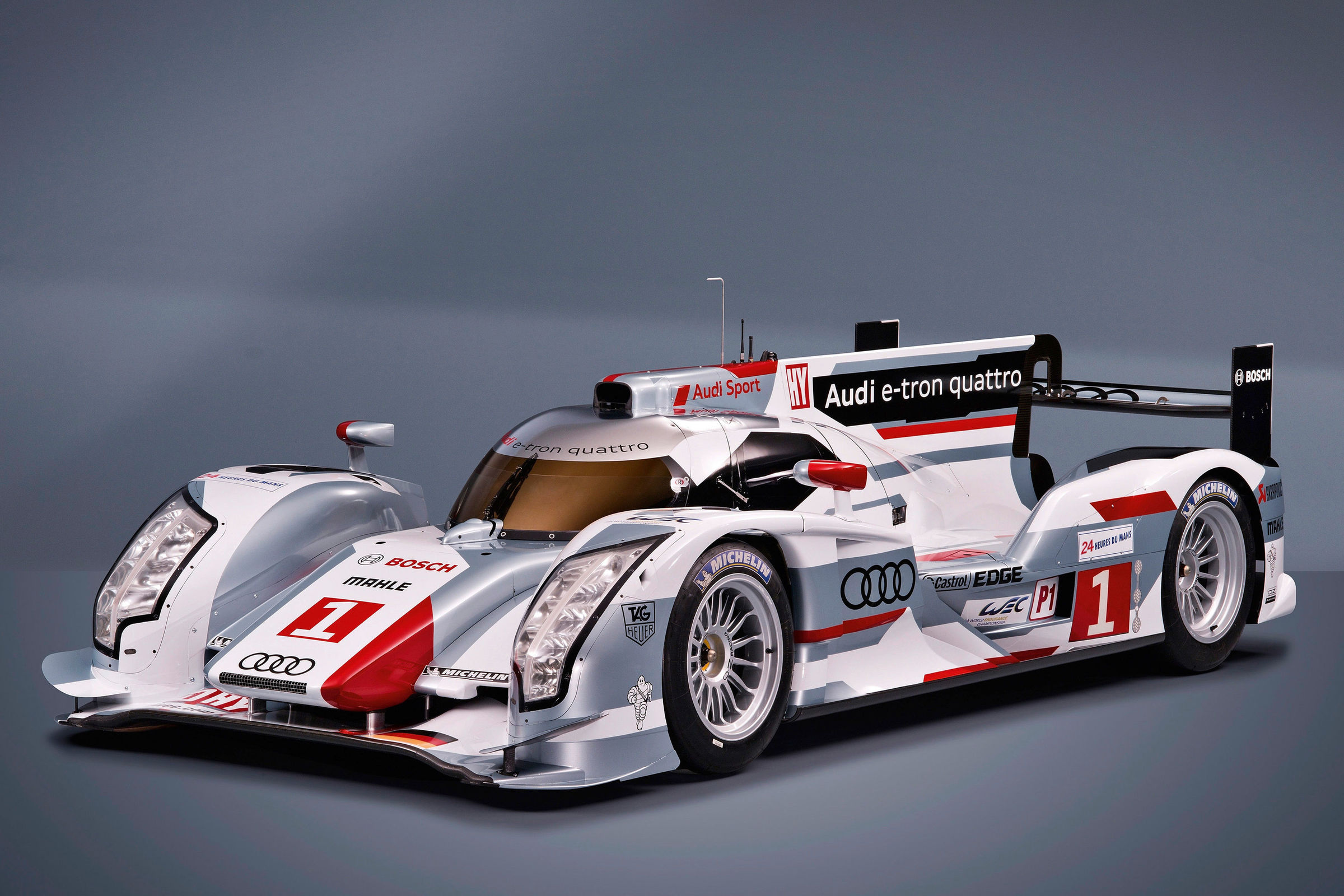 Audi entered the world of rallying as a works team in 1978, initially running front-wheel drive cars. Barely a year had passed since the original quattro was first unveiled in Geneva than the brand began to achieve enormous success in the World Rally Championship. Hannu Mikkola from Finland won the first six special trials in the snow at the 1981 Monte Carlo Rally. He had a lead of almost six minutes when victory slipped through his fingers due to a minor accident. He recorded his first victory at the next round in Sweden.

The following year, the quattro dominated the championship. Audi set a new benchmark with seven victories and easily won the manufacturers’ championship. One year later, Mikkola took home the drivers’ title. The 1984 season also started off with a bang – the newly recruited two-time world champion Walter Röhrl won the Monte Carlo Rally ahead of his teammates Stig Blomqvist (Sweden) and Mikkola. At the end of the season, Audi claimed both the manufacturers’ title and the drivers’ title with Blomqvist.

To make better use of the loose regulations of the Group B class of rallying, Audi developed the Sport quattro for the 1984 season. This had a shorter wheelbase that promised nimbler handling. It was followed in 1985 by the Sport quattro S1, which developed 350 kW (476 PS) and was elevated to legendary status due in part to its striking rear spoiler. In the middle ratio, the 1,090 kilogram (2,403.0 lb) S1 shot from 0 to 100 km/h (62.1 mph) in 3.1 seconds. In the last event of the season, the British RAC Rally, Röhrl used a dual-clutch transmission that was actuated pneumatically – a precursor to today’s S tronic.

When the exhilarating Group B years came to an end in 1986, Audi pulled out of the World Rally Championship – but not without one last bombshell. In July 1987, Röhrl won the Pikes Peak hill climb in Colorado, USA, driving an extensively modified Sport quattro S1 adorned with some enormous wings. Röhrl tackled the 19.99-kilometer (12.4 mi) course, very little of which was paved at the time, in a record time of 10 minutes and 47.85 seconds, hitting a top speed of 196 km/h (121.8 mph). “It was the very pinnacle of what can be done with a rally car”, he noted.

The brand competed in the Trans-Am series in the USA with the Audi 200 in 1988, winning the manufacturers’ and drivers’ titles at the first attempt, the latter courtesy of US driver Hurley Haywood. Haywood and Hans-Joachim Stuck scored seven wins out of 15 races in the IMSA GTO series in 1989, when the regulations were a little more relaxed. The five-cylinder turbo in their Audi 90 quattro hit top form at around 530 kW (720 PS).

Audi switched to the Deutsche Tourenwagenmeisterschaft (DTM) touring car championship in 1990. Stuck won the drivers’ title with the big and powerful V8 quattro that first year, followed by Frank Biela in 1991. By the time Audi withdrew from the series in 1992, it had won 18 out of 36 races. In 1996, the Audi A4 quattro Supertouring, with its two-liter, four-cylinder engine, entered seven national championships on three continents – and won them all. Two years later, the European rules largely banished all-wheel drive from touring car competition. The quattro’s record up to that point read as follows: four titles in the World Rally Championship, three victories at Pikes Peak, a championship win in the Trans-Am, two DTM titles, eleven national touring car championships and a World Touring Car Cup.

It was not until 2012 that an Audi all-wheel-drive race car – the Audi R18 e-tron quattro with a hybrid drive system – once again took to the track. A V6 TDI drove the rear wheels, while a flywheel accumulator supplied recuperated energy to two electric motors on the front axle. When the situation called for maximum traction during acceleration, the race car was capable of throwing its temporary quattro drive system into the mix for a few crucial seconds.

With three consecutive overall victories at the 24 Hours of Le Mans and two drivers’ and manufacturers’ titles in the World Endurance Championship (WEC), Audi provided a convincing demonstration of the potential of the concept.


All terms marked in the text are explained in detail in the technology lexicon at www.audi-mediacenter.com/en/technology-lexicon.