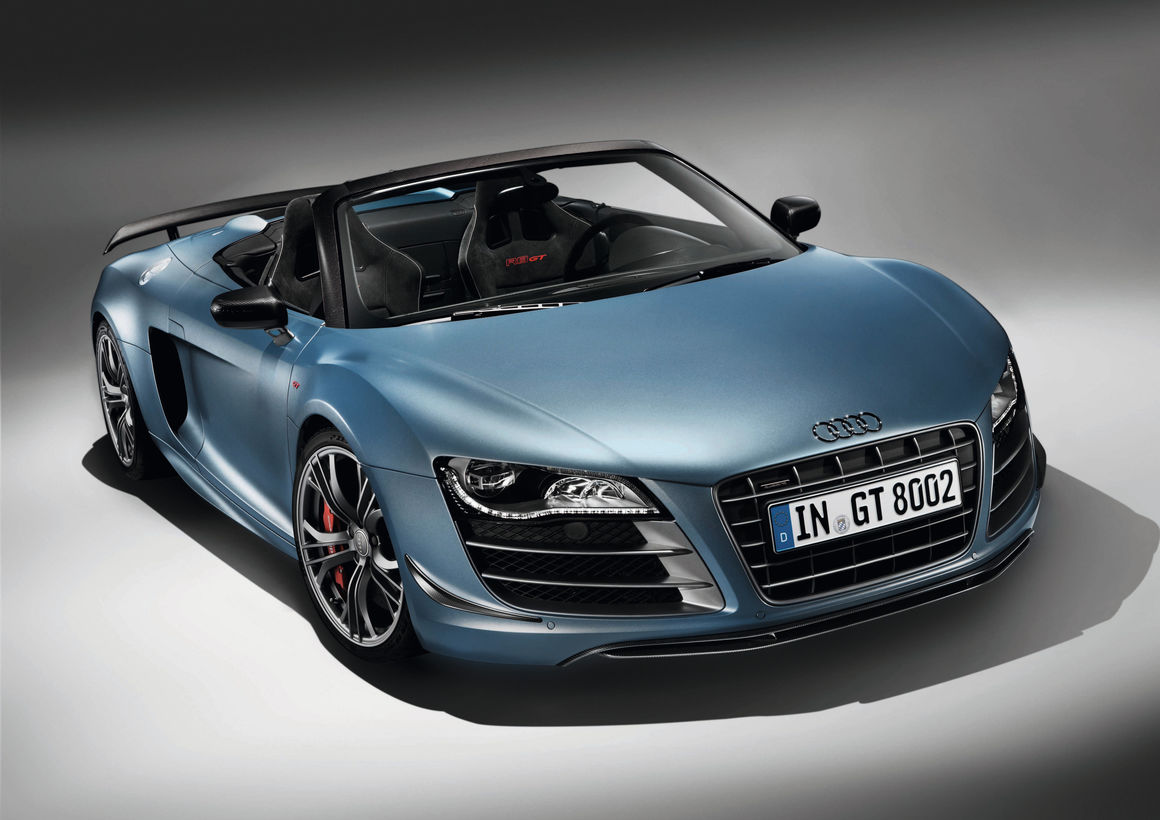 The Audi R8 is a born winner. In its very first season, the R8 LMS won 23 runs and three champion titles, followed by four more titles and 41 race victories in 2010. The production models landed the “World Performance Car” award on two occasions – the R8 in 2008 and the R8 5.2 FSI quattro in 2010. Most recently, the high-performance sports car clinched category wins in Auto Zeitung magazine’s “Auto Trophy” awards and in the auto motor und sport “Best Cars of 2011” reader survey.

Approximately one year ago, Audi unveiled the R8 GT as the model line’s new flagship model. It wasn’t long before all 333 units in the limited series were sold out. Now the open-top body version is being launched, with production again capped at 333 units. Each one sports a tag with its individual number on the gear lever knob.