Skip to content
We are using cookies for a better user experience.
09/19/18
Neuburg a. d. Donau/Salt Lake City
Sports 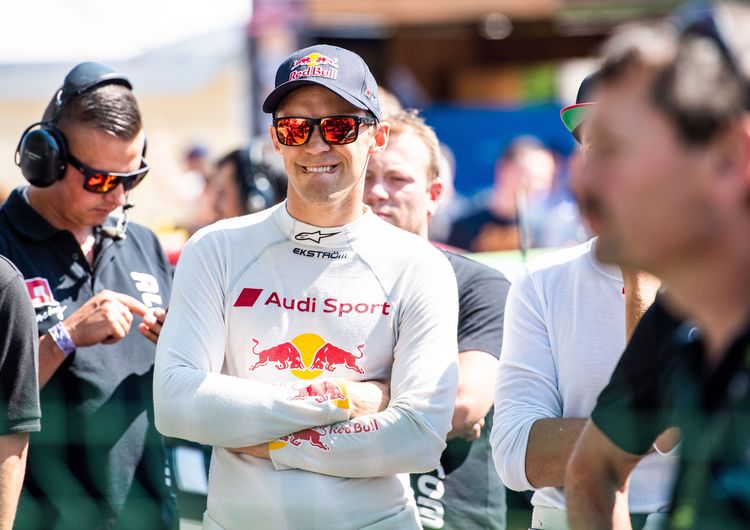 Audi rallycross driver Mattias Ekström will take part in the Nitro World Games (September 22–23) in Salt Lake City for the first time. He will compete in the new rallycross event in an Audi S1 EKS RX quattro. Ekström will meet with top-class drivers from the rallycross series and popular U.S. action sports stars. The action sports event featuring freestyle motocross, BMX and inline skating, skateboarding and scootering that is popular in the United States fascinates a large number of spectators.

The third running of the Nitro World Games is the first to include a rallycross competition. On the track built for the event at Utah Motorsports Campus some 50 kilometers west of Salt Lake City, Ekström will be pitted against rallycross drivers like Timmy Hansen from the World RX, but U.S. action sports stars such as Travis Pastrana and Ken Block, and U.S. Rallycross Champion Scott Speed are, like Ekström, aiming to claim the winners’ trophy as well.

“Extreme sports have always been a different world for me. When Travis Pastrana, whom I know from the World RX and the Race of Champions, invited me I immediately accepted,” says Mattias Ekström. “This event is very popular in the United States and I’m looking forward to seeing the many cool athletes from other competitions, but, needless to say, I don’t want to just have fun but in the end take a trophy home as well.”

“I’ve only seen the track itself on drawings so far,” says Mattias Ekström. “It largely consists of gravel, is very similar to a rallycross track and with its spectacular jumps offers plenty of suspense and action to the spectators.” At Salt Lake City, Ekström will be driving a first-generation Audi S1 EKS RX quattro fielded by the Belgian Comtoyou Racing team.

The private TV channel ProSieben FUN will broadcast the Nitro World Games from Sunday, September 23, starting at 8.15 PM (CEST) until Monday, September, 24 at 06.40 AM.