Thrilling home round for Audi in World Endurance Championship 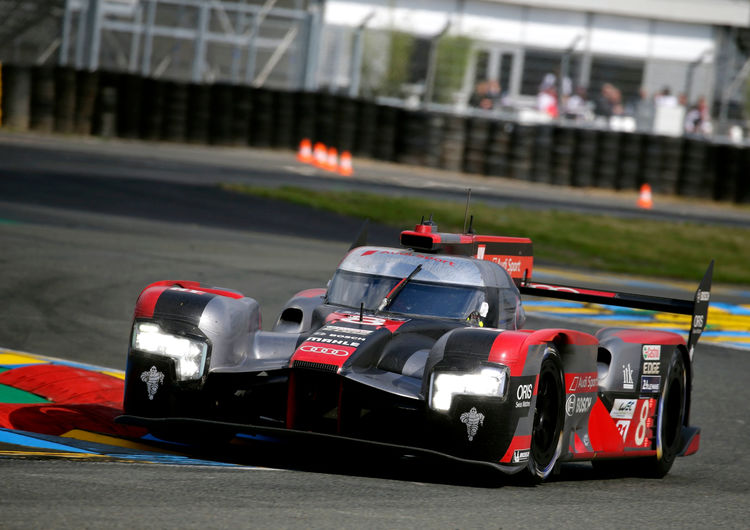 Crowd support guaranteed: Audi is traveling to round four of the FIA World Endurance Championship (WEC) full of expectations. The series’ only German round at the Nürburgring is on the calendar on July 24. Last year, 62,000 spectators flocked to the motorsport spectacle in the Eifel. This year, Audi is counting on at least equally great enthusiasm and intends to be involved in the thrilling battle for the top spot.

The 2016 season has arguably been the most exciting one since the beginning of the World Championship in 2012. Audi and its two rivals, Porsche and Toyota, each recorded a number of leading kilometers in the first three rounds, and two of the three manufacturers are sharing the victories clinched to date – including Audi’s success in the Spa 6 Hours in May. Most recently, at Le Mans in June, the drivers from all three marques were on podium.

“If the races held to date are any gauge of the season, then the crowd at the Nürburgring can look forward to an even more thrilling competition than last year,” says Head of Audi Motorsport Dr. Wolfgang Ullrich. “Our wish is to be in contention in the battle for the top spot in front of a full house.”

Currently, Lucas di Grassi/Loïc Duval/Oliver Jarvis (BR/F/GB) are in second place of the standings, with a one-point advantage over their immediate rivals. Among the manufacturers, Audi is ranked in second place as well. The three Audi drivers won round two of the season at Spa. Six weeks later, they clinched Audi’s 18th consecutive podium result in the Le Mans 24 Hours. The trio competes in the number “8” Audi R18 hybrid sports car.

In car number “7,” Marcel Fässler (CH) and André Lotterer (D) will be on the grid as a pair because their teammate Benoît Tréluyer was injured in a sports accident on his bicycle at the end of June. “We wish Ben a speedy recovery and are looking forward to having him on board again at the next round in Mexico,” say Fässler and Lotterer. Since 2010, the trio has won ten FIA WEC rounds together in the Audi cockpit.

As planned, Audi will be completing its reorganization for the 2016 season at its home round as well. Stefan Dreyer, who has been Project Leader LMP Engines up until now, will become new Head of LMP. Erik Schuivens is assuming the role of race engineer for the number “7” Audi R18. The Dutchman has already supported the first three rounds of the FIA WEC season with Audi.

In terms of technology, there will be a number of changes as well. While at Spa and Le Mans an aerodynamics variant with low drag and low downforce was the best solution, Audi is returning to a configuration with more downforce in the Eifel. It promises advantages in slow and semi-fast turns. The regulations for the 2016 season permit up to three body versions.

The race at the Nürburgring has only been part of the World Endurance Championship calendar since last year. Following three training and one qualifying session, the 6-hour race on the 5.137-kilometer track configuration will start on Sunday, July 24, at 13:00 (CEST). Audi will provide reports of the event on Facebook (AudiSport) and Twitter (@audisport). In Germany, Eurosport will be offering free live streaming of the entire race at www.eurosport.de for the first time.