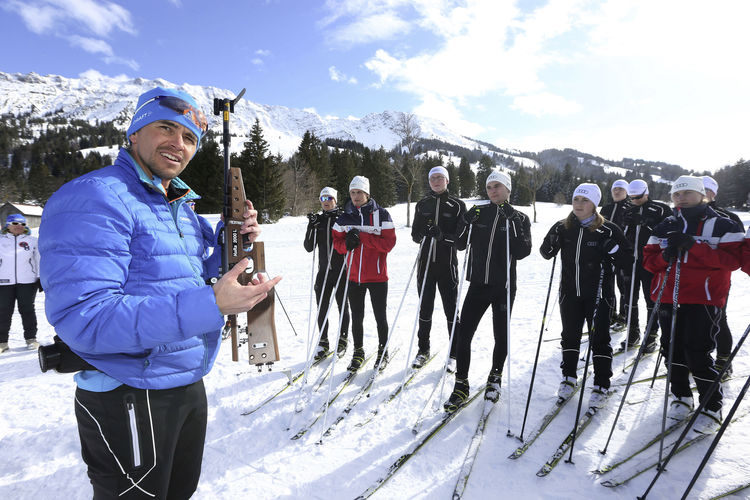 The fitness camp of the 18 permanent entrants for the Audi Sport TT Cup had a lot to offer. Following nearly a week of top athletic performances and teambuilding activities, the result was summed up in these words: “Exhausted but well set for the tasks to be tackled.” Rolf Michl, the Project Leader of the Audi Sport TT Cup, commented, “In beautiful surroundings, it was fascinating to see how quickly the 18 young women and men from 13 nations became a team. As a result, we’ve achieved our first goal for the fitness camp.”

Sweat-inducing training elements and valuable tips were awaiting the entrants with an average age of 21 during a mountain run with the long distance world champion Helmut Schießl, a biathlon challenge with the three-time world champion and Olympic gold medalist Michael Greis, and other activities. “For most of them, the biathlon training was a completely new experience and I was impressed by the motivation they showed in this training,” said Greis.

“It’s extremely difficult to think your way into such a complex sport with cross-country skiing and shooting, but everybody superbly mastered this.” Greis would not exclude the possibility of a return visit to the race track. “I’ve never tried my skills in motorsport before but who knows maybe the talents from the Audi Sport TT Cup will soon be able to teach me something.”

But first another highlight is awaiting the up-and-coming drivers. On Saturday, the two-day track tests at Barcelona will start in which the 18 entrants will be testing the new Audi TT Cup car on the race track together with their coach Markus Winkelhock for the first time. Alexis van de Poele is going to join the group, as the 25-year-old Belgian will be replacing the Frenchwoman Lucile Cypriano in the field of entrants.