Skip to content
Please participate in our survey and help us improve the Audi MediaCenter. Thank you!
Go to survey
06/26/18
Neuburg a. d. Donau
Motorsport 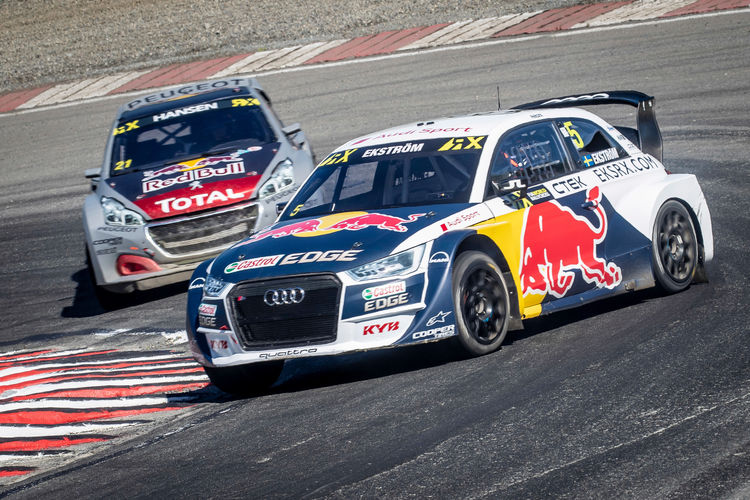 Season highlight in the FIA World Rallycross Championship (World RX): the event in Swedish Höljes is held from June 29 to July 1. It is regarded as the craziest world championship round of the year and is simultaneously the home race for EKS Audi Sport and Mattias Ekström.

“What Monaco is for Formula 1, is for rallycross Höljes,” says the Swedish Audi factory driver. “The atmosphere is unique and the circuit one of the best on the world championship calendar. The coolest thing is the extremely fast right-hand corner taken at around 170 km/h just before the jump. Immediately after comes the most spectacular jump of the entire season.”

Höljes with just 150 inhabitants lies deep in the forests of central Sweden, around 200 kilometers from the next large town (Karlstad). Some 40,000 fans make the pilgrimage here for the world championship round in summer. Every year they hold a huge party with music, BBQ and spectacular motorsport. “Höljes is the ‘magic weekend’ for every rallycross driver that everybody would love to win,” says Ekström’ teammate Andreas Bakkerud. “It is not just a big thing for the many Swedish teams and drivers. I also eagerly look forward to the race every year.”

Ekström and Bakkerud both know how it feels to triumph in the pandemonium of Höljes. In 2014, Ekström collected the first victory in his home race for his rallycross team. In 2015, he won again. Bakkerud won in 2013 and 2016 and in his five previous Supercar outings in Sweden he stood on the podium every time. “Of course I want to continue this series with the Audi S1 EKS RX quattro,” says the Norwegian, who will be accompanied to the season highlight by around 250 of his loyal fans. Because there are no hotels in Höljes, they live in a dedicated ‘Bakkerud Blue’ camp directly at the race track.

EKS Audi Sport reports from its home race on Sunday (July 1) from 14:15 (CEST) with its own live show on Facebook (www.facebook.com/EKSRX). From 15:00 the finals are broadcast live as usual on livestream at www.fiaworldrallycross.com. ProSieben Fun broadcasts live in Germany.