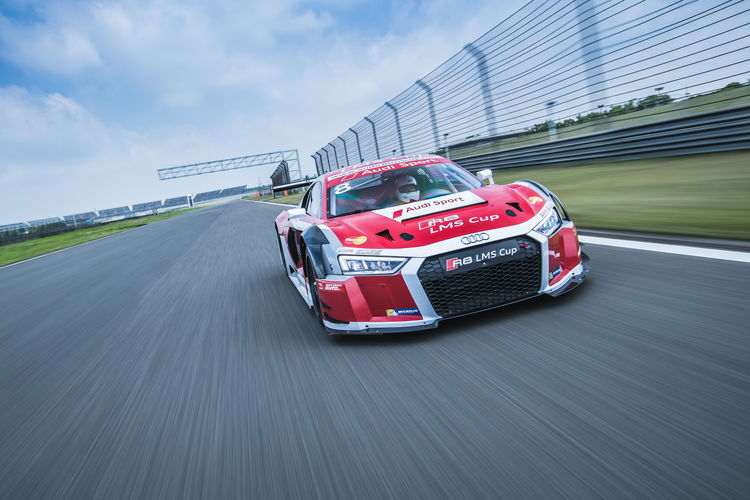 The new Audi R8 LMS will celebrate its Cup debut next weekend at Shanghai, where the fifth season of the Audi R8 LMS Cup kicks off on May 21 and 22. Never before has Audi’s first one-make cup seen as strong a line-up of international drivers.

“The Audi R8 LMS Cup provides our customers with the opportunity to compete in one of the most prestigious and competitive GT championships in Asia, to race wheel-to-wheel with fellow privateers as well as high-profile professional drivers,” said Rene Koneberg, Director of Audi Sport customer racing Asia. “Our championship is the ideal showcase in Asia for the Audi R8 LMS, and the calendar includes a fascinating variety of race tracks and destinations.”

The Audi R8 LMS Cup is the one-make cup for leading motorsport talent from Asia. Back to defend his 2015 title is Malaysia’s Alex Yoong of Audi TEDA Racing Team. Having missed out on last year’s championship by just a single point, leading Chinese driver Cheng Congfu of FAW-VW Audi Racing Team will be looking to clinch the title this time around. Two other candidates in the battle for overall victory are on the grid in 2016 as well: Aditya Patel from India in the Audi R8 LMS Cup Team and 2012 Cup champion Marchy Lee, who will drive for his native Audi Hong Kong Team. Audi Korea relies on K.O. You (Korea) again this year while the Swiss Rahel Frey from the Castrol Racing Team will be contesting her third consecutive season.

Two young European drivers, each reigning champions, join the Cup this season, strengthening its international credentials: Jan Kisiel (Poland) has been promoted to GT3 sports car racing from the Audi Sport TT Cup and Martin Rump (Estonia) is switching from the Formula Masters China Series to the Audi R8 LMS Cup. 15 of the 20 entries are contesting the races in the new Audi R8 LMS while five drivers will be competing in last year’s model for the new Masters Cup title. “We’re pleased to see so many customers relying on our new race car in the Audi R8 LMS Cup as well,” says Chris Reinke, Head of Audi Sport customer racing. “There’s no doubt in our minds that it’s going to demonstrate its impressive potential in this challenging field, too.”

For the first time Teams Phoenix Racing and KCMG are joining Absolute Racing as service teams for the Cup’s race cars this year. This season, the series will feature twelve races on six weekends in China, Malaysia, Korea, Taiwan and, for the first time, in Thailand. The finale of the Audi R8 LMS Cup will be held jointly with the FIA World Endurance Championship (WEC) at Shanghai.

All 12 races will be live streamed on the Audi R8 LMS Cup website and on Chinese video portals LeSports and PPTV. Highlight shows will also be screened around Asia on Fox Sports Asia and Star Sports Asia; in Australia on Fox Sports Australia; in China on Guangzhou Broadcasting Network, Tianjin TV and Sichuan TV; in the United States on Bon TV and Tuff TV; and in Europe on Motors TV.

Live streaming of all races: www.audi-motorsport.com

The Cup in social media