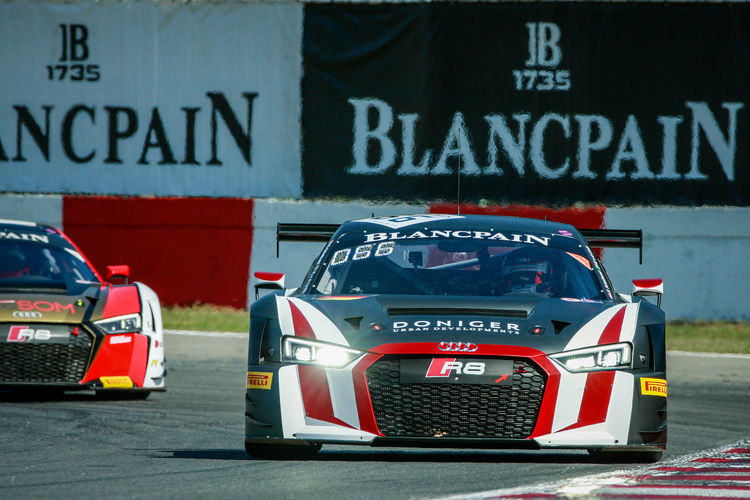 The customers of Audi Sport made a brilliant start to the current season of the Blancpain GT Series with a victory and two further podium places.

Victorious opener in Belgium: The 2018 Blancpain GT Series Sprint Cup started with three podium places for the teams of Audi Sport customer racing. Steijn Schothorst/Kelvin van der Linde in the Audi R8 LMS in round two at Zolder celebrated the first victory of the new Audi Sport customer team Attempto Racing. In race one, Will Stevens/Dries Vanthoor had achieved second place ahead of Christopher Mies/Alex Riberas. Both driver squads were on the grid for Belgian Audi Club Team WRT.

Mike Rockenfeller to complete Nürburgring lineup: The former DTM Champion and previous overall winner of the Nürburgring 24 Hour race will contest this year’s edition of the endurance classic in the Eifel in an Audi R8 LMS. The Audi factory driver will share the cockpit in Audi Sport Team BWT from May 10 to 13 with former winners Christopher Haase and Markus Winkelhock.

Phoenix Racing wins European opener: Team Phoenix Racing experienced a brilliant start to the GT4 European Series season. The team won round one at Zolder with the Dutch-Danish driver pairing Milan Dontje/Nicolaj Møller Madsen in front of 43 other teams. Both up-and-coming drivers have been promoted from the Audi Sport TT Cup. In round two, Patrick Zamparini/Csaba Mór for Team Racing One achieved second position in another Audi R8 LMS GT4.

Podium place at the Nürburgring: Three Norwegians clinched a podium result in the TCR class in round two of the VLN Endurance Championship Nürburgring. Håkon Schjaerin, Atle Gulbrandsen and Kenneth Østvold in an Audi RS 3 LMS took third place on the Nordschleife.